Does it sometimes happen to you to have a BIG and sudden revelation concerning a movie star? It happens to me all the time these days. Recently, my revelation was that Lee. J. Cobb was an awesomely great actor. I mean, he really is. Lee J. Cobb is well-known for having starred in classics such as On the Waterfront, Twelve Angry Men, Golden Boy, How the West Was Won, The Exorcist and more. This actor certainly ought to be honoured and that’s what I’ll do today. I’m participating in the Summer Under the Stars Blogathon hosted by Kristen from Journeys in Classic Films. This blogathon ties in with the TCM Under the Star. During all month of August, a star is honoured daily and the chanel  only shows some of his or her movies during that day. So, the idea is the same for this blogathon. Each day is dedicated to a movie star (the same one as on TCM) and participants have to write a text about this star. It can be a movie review, a top 10, anything. Participants can subscribe for more than one day if they want to.

Well, today, on August 17th, it’s Lee J. Cobb day! When I saw he was on the schedule, I said to myself “ok, that’s the day I chose. It will be a great opportunity to write about him”. Lee J. Cobb had twice played a father in two of his most famous films: Golden Boy (Rouben Mamoulian, 1939) and Twelve Angry Men (Sidney Lumet, 1957). However, these two characters are very different. He is not the same kind of father in Golden Boy than he is in Twelve Angry Men. So, for the blogathon, instead of writing a general tribute to Lee J. Cobb or concentrating myself on only one of his films, I’ve decided to compare his performances in Golden Boy and Twelve Angry Men. That will be my way to prove you Lee J. Cobb’s great versatility and great acting abilities. 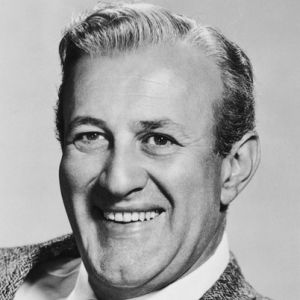 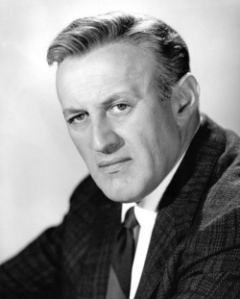 In Golden Boy, Lee J. Cobb plays a sensible father, in Twelve Angry Men, he plays a disappointed father, but, in both cases, a very emotional one. You might remember, I already wrote a little paragraph about Golden Boy, but it was about William Holden’s performance in the film. It will certainly be interesting to talk about another actor’s performance. The plot goes like this: Joe Bonaparte (William Holden) is a violinist who wants to start boxing because it can assure him a safe financial future. His father (Lee J. Cobb) opposes to this decision because he knows that his son is made for music and not for boxing. He knows that this will make him unhappy. Barbara Stanwyck is William Holden boxing agent’s girlfriend (Adolphe Menjou) who, at first, manipulates Joe so he won’t quit the boxing. But after a visit to Joe’s family house, she understands, like Joe’s father, that he belongs to the world of music.

I really think that Golden Boy is the film that made me appreciate Lee J. Cobb. Yes, he was great in On the Waterfront (that I saw before Golden Boy), but, somehow, I was more able to notice his great talent thanks to his performance in Golden Boy. But in a way, maybe that’s because his character in Golden Boy is much more different from the one in On The Waterfront. In Golden Boy, he is a truly good man, unlike Johnny Friendly in On the Waterfront. By watching a very different performance by Lee J. Cobb, I was conscious of his great versatility and knew then that he was an actor with a gifted talent. Mr. Bonaparte is an Italian father who desperately wants his son, Joe, to be happy. If Joe is happy, he will be too. That’s why he insists so much on him to continue his musical career because he knows that THIS makes his son happy, not boxing. There are some beautiful father and son scenes in this film marvelously lead by Lee J. Cobb and William Holden. It’s the fusion of the two characters’  emotions that make this film so memorable. Admiration and pride would be the right words to describe Mr. Bonaparte’s feeling toward his son, but also sadness and deception during the more difficult moments. All these emotions were wonderfully embodied by Lee J. Cobb, who is really unrecognizable in this film if you compare it to some other films where he plays tough guys. What’s also incredible about this performance is the fact that he plays a middle-age father, but, in reality, he only was 27. It was one of his first films, but he seems to already have a long career behind him! I also have a feeling that, just like William Holden, Golden Boy is the film that put Lee J. Cobb on the map. Well, according to his previous filmography, I think it was his first important role. 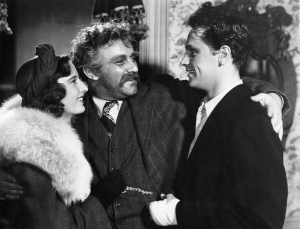 Twelve Angry Men‘s story is quite simple. A jury has to declare if a young boy is guilty or not of the murder of his own father. Eleven of the jurors think he is, only one of them (Henry Fonda), has a reasonable doubt. He will have to convince them the best he can. Lee J. Cobb’s character, Juror #3 is sure he is guilty and is very hard to convince, but we realized that he is taking this case too personally. Juror #3 has a son. He hasn’t seen him since two years. He is a disappointed father who doesn’t accept his son’s reactions and behaviour after “everything he’s done for him”. 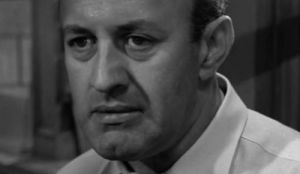 Of course, Lee J. Cobb plays a father in Twelve Angry Men, but we never see him with his son (only on a picture where they both look happy). He is a frustrated man who insists so much for the boy to be sent to the electric chair. He refuses to listen to others’ arguments. However, he’s not truly a bad person after all. We understand that he is just a very desperate man, because of his difficult relationship with his own son. The final scene is really heartbreaking and, once again, Lee J. Cobb brilliantly proves us is great ability to change emotions easily. His character sometimes has mood swings, but he always regrets it and apologizes to other jurors. There’s a scene where Henry Fonda tries to prove others that the boy couldn’t have killed his father with a certain type of knife. So, he asks Lee J. Cobb to help him with a demonstration. At the moment, Lee. J. Cobb is about to plants the knife in his chest, but not for real, all the other jurors have a scared reaction just like if they were thinking he really was about to kill him. Lee J. Cobb stops is movement and says “Nobody’s hurt…” with a calm voice. He seems to be disappointed that others think he is a bad man. He knows what others think of him and doesn’t like this. Really, Lee J. Cobb is incredible in this film. His character is quite different from the one in Golden Boy, but, in a way, he is a little similar because, in Golden Boy too, he happens to be disappointed by his son.

I’m glad to have participated in this blogathon, a very original idea. Of course, don’t forget to read the other entries for Lee J. Cobb’s day and, if you are lucky to have TCM (not like me), don’t forget to watch some of his films! Thanks to Journeys in Classic Films for organizing this!

4 thoughts on “The 2015 Summer Under the Stars Blogathon: Daddy Lee J. Cobb”