Yes, Rich and Strange (or East of Shanghai in its American title) was very different from the other “typical” Hitchcock’s films. It’s not often cited as a favourite and it tends to be a bit forgotten nowadays. I want, today, to give a new fresh breath of air to this overlooked film, and appeal your curiosity. As I once said, my objective on this blog would be to review every Hitchcock’s films and I said every.

I’m writing about this film for the Hot and Bothered Blogathon hosted by Aurora at Once Upon a Screen and Theresa at Cinemaven’s Essays From the Couch, celebrating the films of 1932. Now, when I subscribed for this blogathon, I was sure that Rich and Strange was a 1932’s film. The thing is, some sources say 1931, some other 1932. But it seems that, it was released in London in  December 1931 and in the rest of the UK in 1932. So, I guess we’re OK, right?

Rich and Strange was Hitchcock’s 7th talkie, the first one being Blackmail (1929). Trivia: Blackmail was also the talkie made in England. Hitchcock, his wife Alma Reville and Val Valentine all participated to the screenplay.

The title of this film comes from a verse from Shakespeare’s The Tempest. Indeed, the film is introduced to us with this quote from the play: “Doth suffer a sea change into something rich and strange.”

After this introduction, we enter in the adventures of Fred (Henry Kendall) and Emily “Em” (Joan Barry) Hill. They live among the middle class of the londonian society and nothing very extraordinary seems to happen to them. Fred is bored with the routine and that makes him irritable. He’s in seek of adventure and something new. Luckily for him, he receives a letter from his uncle who has decided to give him money from his inheritance, but he shall use it for travelling. So, Fred and Em sail from a cruise across Europe and Asia. But, the married couple will be defied by the presence of two other people: the “Princess” (Betty Amann) who has chosen Fred as a victim of her seduction, ready to break his marriage, and commandant Gordon (Percy Marmont) who becomes friend with Emily, but eventually falls in love with her. How will the Fred-Em couple survive to this? An old maid (Elsie Randolph) who annoys everyone is also part of the voyage.

As you can see, Rich and Strange as nothing to do with the Hitchcock’s films we’re normally used to. Here, no murder and no suspense. Well, there’s sort of a suspense, which is “how will this end”? However, we still can feel the Hitchcock’s touch, especially in the film’s humour and the experimentation of some camera techniques and shots. We know, Hitchcock was a master and was always trying to add something new to the world of movies. But it is, of course, easier to compare this film with the other “non-typical” Hitchcock’s films than with the typical ones. Here I can think of Waltz from Vienna, Mr & Mrs. Smith, The Farmer’s Wife, and some others. I was talking about the humour. In all those films, whatever they are good or not, the humour always works for me. It’s rare that I watch an Hitchcok’s film without, at least, smiling.

Rich and Strange was not a commercial nor a critical success on its release. According to Hitchcock, that was mainly due to the cast and the way the characters were developed, which was not enough convincing. But, despite that, the master liked this film and, as he explained to François Truffaut (who also liked it) in the famous interview, it should have been successful. Hitchcock was very humble, so I guess he was honest with himself.

Of course, Rich and Strange could never have been Hitchcock’s most successful film, that goes without saying, but did it deserved better chances? Yes. Rich and Strange is probably one of his most underrated films, but maybe one of his most amusing too. It’s very easy to watch and it’s mainly here to entertain you. It works, but you need the motivation. The fact that it’s a film directed by Hitchcock should be enough.

One of the most interesting things about the film, is that it could have been a silent movie. The first scene is indeed very Chaplinesque and we don’t need any dialogues to understand it. As a matter of fact, the film was also belittled for its lack of dialogues, but, honestly, it’s the kind of film where you don’t need much said to understand what’s going on. The actors remain very expressive, but I didn’t feel they were over-acting. 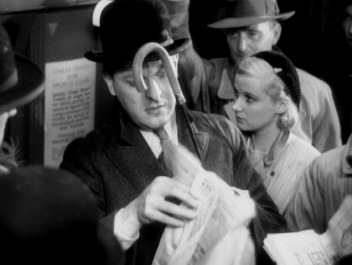 Yes, the actors. I like them! Of course, Hitchcock didn’t choose the most well-know ones of the time and that was maybe not very appealing, but I always enjoy a film with less known actors who have a certain potential. Joan Barry (not to confuse with the American actress) is a lovely blond, but has nothing to do with Hitchcock “cold blondes” like Grace Kelly or Kim Novak. Em is indeed full of innocence and a bit submitted to his husband. The misogynist aspect of this film, embodied by Fred, is maybe one of the things that disappoints me in this film. Anyway, Joan Barry is an actress we maybe didn’t really have the chance to discover as she stopped her acting career in 1932 when she get married. Joan is also known for her work with Hitchcock when, in 1929, she dubbed the voice of Anny Ondra in Blackmail. Hers was apparently more satisfying. Joan had indeed a lovely voice. 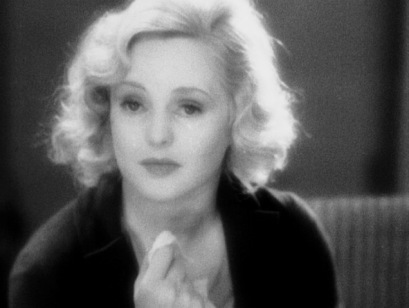 Henry Kendall is a very… interesting actor. His name doesn’t ring a bell to many, but I feel that, if he would have had a Hollywood career, he could have been pretty well known. Henry Kendall didn’t only work as a movie actor, but also as a stage comedian, a theater director and an immaculately stylish revue artiste. He was a busy man, that’s for sure, and probably deserved more recognition. Henry Kendall wrote an autobiography, I Remember Romano’s : The Autobiography of Henry Kendall, which I’ll be curious to read one day.

Percy Marmont was well known for his Hitchcock’s acting career in the 30’s for having started in 3 of his films, Rich and Strange being the first one. The other ones were Secret Agent and Young & Innocent. Unlike the previous actors, Percy Marmont had a more “international” career, having also starred in American and French movies. There’s something very “Hitchcockian” about Percy Marmont. He was indeed perfect in those middle-aged man supporting roles. Too bad Hitchcock never used him in his most well known American movies.

Elsie Randolph was quite hilarious as the old maid. Thanks to her, the film doesn’t become too heavy as she adds some lightness to it. How can we forget her saying “Gooood evening!” or her facial expression every time she is looking for someone. The Old Maid is the type of person who will interrupt two lovers who are about to kiss. We need more characters like her! 40 years after, Elsie Randolph was seen in Hitchcock’s Frenzy as Gladys’ the lady working at the reception of the hotel.

Finally, Betty Amann as everything of the oriental look to play the seductive princess. But I must say, her character really annoys me!

Even if Rich and Strange remains a very simple film narratively, it can impress us with its technical aspects. We can think of this very interesting shot expressing Fred’s dizziness when he’s trying to take a picture of Emily on the boat. Or  [spoiler] this impressive boat-sinking scene where Hitchcock recreated a full-sized ship in a water tank. [end of spoiler] 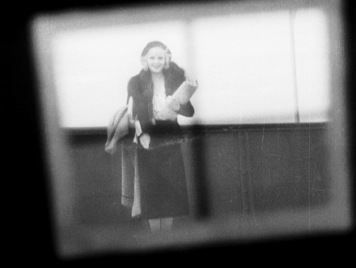 The film uses its humour at different degrees, sometime being physical humour, sometimes black humour (cat lovers might not like this film!), British humour, typical humour, etc. One of the dialogues especially makes me laugh:

Emily [who has just been pinched by a unknown man]: Let’s get out of here, I don’t like it.

Emily: Someone just pinched me.

Emily: You perfectly know where…

This is the type of comic dialogues we could also find in The Farmer’s Wife.

As for the “physical” comedy, the opening scene is a perfect example, but the scene where Fred dances with the Old Maid is another great example.

So, as you can see, Rich and Strange is maybe not the “movie of the year”, but it deserves to be discovered. Anyway, every Hitchcock fan will have to see it one day or another.

A big thanks to Aurora and Theresa for hosting this blogathon. Of course, don’t forget to take a look at the other entries:

It felt good to be back blogging after three weeks of absence, even more! 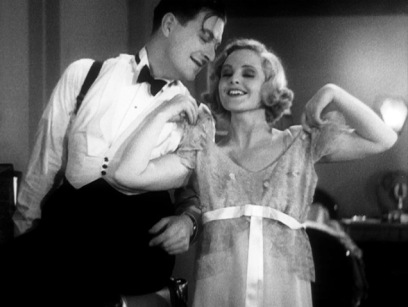 12 thoughts on “The Strangeness of Rich and Strange”