Already one year ago, on January 10, 2016, a musical legend, David Bowie passed away and left his fans in deep sorrow. He was an icon and a real source of inspiration. This sad event is one that we aren’t completely ready to accept and that seemed to have happened too suddenly. Unexpected deaths like this one are the most painful.

However, I’m strongly convinced that Bowie’s memory will never stop being celebrated. Today, in his honour, I’m back with a top 15 of my favourite Bowie’s songs (already another top? Yes!) Plus, two days ago it was his birthday so that makes it a double occasion. There are moments like this when I allow myself to put movies aside and focus on a different cultural subject. (Yes, David Bowie did play in some films, but that’s another story).

This list is very subjective as these are my personal favourites. I ask you to please respect my choices. If a song you like isn’t part of the top, it’s not because I don’t like it! It’s just not in my top 15.

I love Bowie, but I’m really not an expert. To tell you the sad truth, I discovered most of his songs after his death. (You know, stuff like that always happens). I think I knew 6 of them before. However, that doesn’t mean he wasn’t a favourite before his death, and I was one of those who couldn’t believe it. I’m telling you all this because this top mostly contains Bowie’s famous songs, which are the one I know the most. I’m not too familiar with his more obscure songs.

Seriously, how can we forget this refrain?

A perfect song to dance indeed.

I know it sounds strange said like that, but I’ve always loved the musicality of this song

Because I like the creativity of this song and Bowie’s very sexy voice in it.

(Seriously, his legs are amazing. And this live version is my favourite one)

This song has “swag”.

This proves that David was able to perform different styles of music and did them all well.

The first Bowie’s song I discovered. Used to be my #1 once, but it still has a special place in my heart.

A powerful song and Bowie’s voice: OH MY GOD. The emotion.

Bowie’s most iconic song. Always makes me think of my favourite Quebecker movie, C.R.A.Z.Y (Jean-Marc Vallée) in which the main character is a fan of Bowie and listens to this song in an iconic scene.

The song was originally released in 1969, but my favourite version is the 1972’s re-release, also the most well-known version.

C.R.Z.Y’s scene, in case you are curious.

Strangely, I used not to like this song very much. But now I love it and… it’s my favourite one. Once again, David Bowie’s voice is amazing and full of emotion, and a song that mentions Marlon Brando’s name is always a winner for me. 😉

That was difficult and I’m still not a 100 % sure of my order of preference. There are some I just love equally.

Anyway, I hope you like these ones too! Please don’t hesitate to share with me what are YOUR favourite David Bowie’s songs.

I watched Ziggy Stardust and the Spiders from Mars yesterday and discovered a bunch of other amazing songs in it, but as I’ve heard most of them only once (except those in the top) and because this article was already edited I will leave it as it is now. But a big shout out to this film and its songs!

David Bowie: the man is gone, but the legend will live forever. RIP 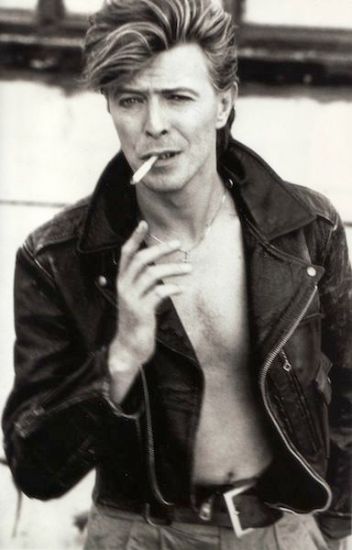 6 thoughts on “Top of the World: Remembering David Bowie with 15 Favourite Songs”