From March 2015 to April 2017, I was writing the monthly Teen Scene column for the website ClassicFlix. My objective was to promote classic films among teenagers and young adults. Due to the instauration of a new version of the website, it’s now more difficult to access to the old version and read the reviews. But, I’m allowed to publish my reviews on my blog 30 days after they had been published on ClassicFlix! So, I decided to do so as you could have an easy access to them. If you are not a teenager, it doesn’t matter! I’m sure you can enjoy them just the same! My second review was for the 1956’s classic The Man Who Knew Too Much directed by Alfred Hitchcock. Enjoy!

“A single crash of cymbals and how it rocked the lives of an American family.” That’s what it says at the beginning of The Man Who Knew Too Much. The question is: how can a crash of cymbals rock the lives of a family? That’s what you’ll discover when you watch this great 1956 Alfred Hitchcock masterpiece. This month it’s this film I’ll explore and try to convince our teens that this is a movie they should watch. This version of The Man Who Knew Too Much is a remake of the 1934 version, also directed by the master of suspense, Alfred Hitchcock. The 1934 version was one of his great British successes and, in my opinion; the remake is one of the rare good remakes that exist. 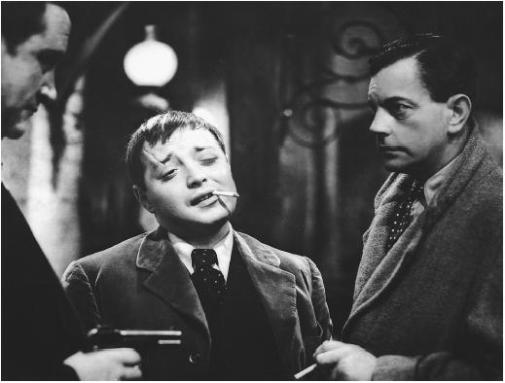 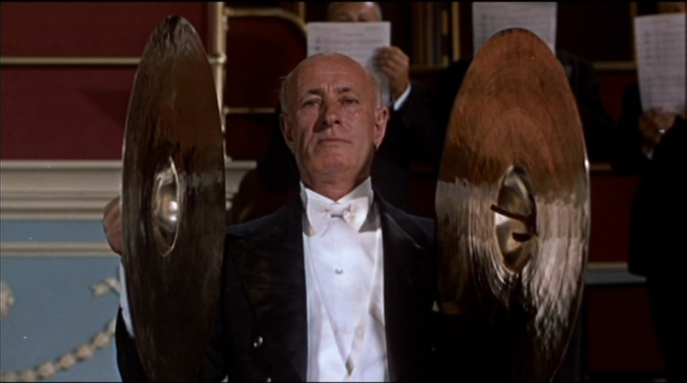 This Technicolor film, just like the black and white original, was based on a story written by D. B. Wyndham-Lewis and Charles Bennett. Bennett was a movie writer well known for his work with Hitchcock (Blackmail, The 39 Steps, Sabotage, Secret Agent, Young and Innocent, Foreign Correspondent and Saboteur). The plot goes like this: Dr. Benjamin McKenna (James Stewart), his wife Josephine “Jo” Conway McKenna (Doris Day), and their son Henry aka “Hawks” (Christopher Olsen) are taking a trip to Morocco. In a little bus taking them to Marrakech, they met French gentleman, Louis Bernard (Daniel Gelin). Bernard asks many questions to Ben, not answering Ben and Jo’s questions, irritating Jo. She thinks he’s a very mysterious man and suspects him of having something to hide. Ben tries to convince her that she worries too much. On the evening of the same day, Bernard is supposed to have supper with the McKennas, but he can’t make it because he has to go out for business. 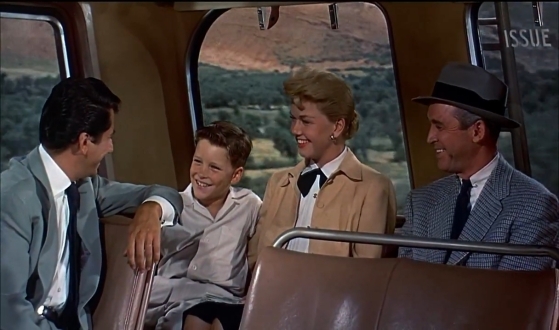 So, Ben and Jo go to the restaurant without Louis. There, they meet an English couple: Lucy and Edward Drayton (Brenda de Banzie and Bernard Miles). Lucy is a great fan of Jo, who is a professional singer. They have supper together and become good friends. The following morning, the McKennas and Draytons go together to the market. Unfortunately, they are witness to a cruel murder. The victim is no one else than Louis Bernard. Before he dies, he whispers in Ben’s hear that a statesman is going to be killed in London. The police ask Ben and Jo to come to the police station to make a deposition. Lucy takes Hank back to the hotel and Edward comes with Ben and Jo. There, they learn Louis Bernard was a spy of the Deuxieme Bureau. Ben receives a phone call from a mysterious man who tells him not to reveal anything about Bernard’s last words or his son will be in danger. Back at the hotel, Ben tells the news to a devastated Jo and, the following day, they move to London to find their son and, if possible, stop the statesman’s murder. 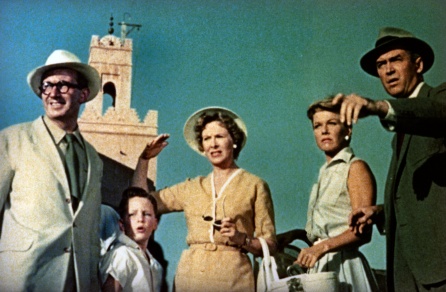 The Man Who Knew Too Much is one of the most thrilling of Hitchcock’s films. In other words, watching this film won’t bore you. Just like North by Northwest or Saboteur, this film will make you travel from place to place; in this case, from Marrakech, Morocco to London, England. The Man Who Knew Too Much is brilliantly cast with big stars such as James Stewart as Ben McKenna and Doris Day as Jo. Louis Bernard is played by French actor Daniel Gelin, Edward Drayton by Bernard Miles, Lucy Drayton by Brenda De Banzie and little Hank by Christopher Olsen. Carolyn Jones also has a small part as Jo’s friend, Cindy Fontaine. 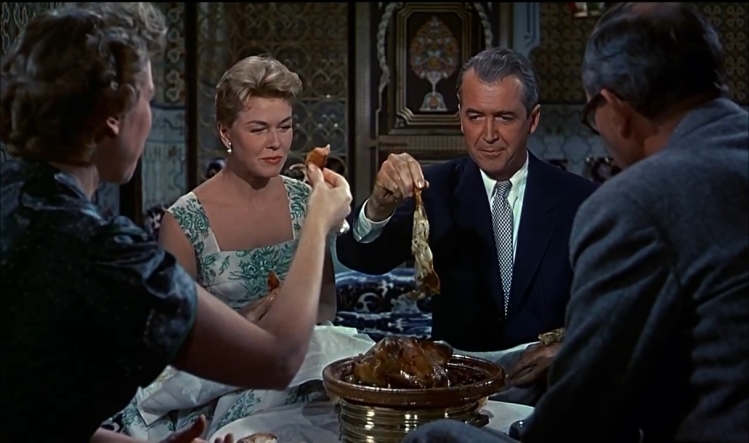 The Man Who Knew Too Much has everything you should like about Hitchcock’s films: a delicious suspense, humor, thrills, strong actors, a memorable scene (this one takes place during a concert at the Albert Hall) and great music. Composed by the magnificent Bernard Hermann, the score will put you in the mood of the film right at the beginning. The famous Doris Day song “Que Sera Sera” comes from this film. Written by Jay Livingston and Ray Evans, this beautiful tune won an Oscar in 1957. What’s interesting about it is that, in the story, Jo doesn’t just sing it to sing it; it becomes an important element in the story.

Teenagers will love this film for several reasons. Right at the beginning, they will be captivated by the story and Hitchcock’s humor. Also, knowing it’s a Hitchcock film, they’ll wonder: “What will happen to this little American family?” and want to know more, discovering the fantastic adventure they will be taken on. In my opinion, many Hitchcock films can interest teens. One we always think about is Psycho, but I wanted to be a little more original by choosing this film.

This is the Hitchcock film that made my little sister want to watch more Hitchcock. Before that, she wanted to know nothing about his films (I believe she was traumatized by The Birds). My sister said about this film: “There was good suspense,” watching it from beginning to end. Second, this is the first film of Hitchcock’s my best friend saw. (Of course, she watched it with me at my suggestion.) She loved it too and, for her, the most stressful scene was the Albert Hall sequence. She said her heart was beating very fast. I also suggested this film to another of my friends who wanted to see more Hitchcock and, one more time, it was a success. So, as you can see, it’s really the suspense and the action that catch teen’s attention. 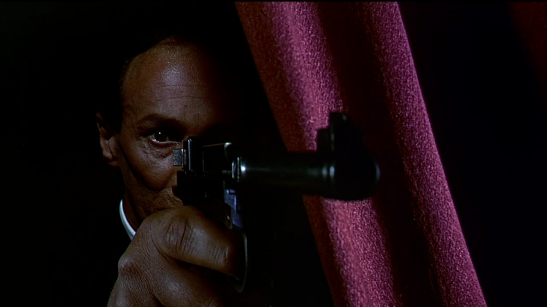 The Man Who Knew Too Much is not Hitchcock’s most famous film, but I recommend it, without hesitation, even to those who have never heard of Hitchcock. As a matter of fact, I recommend it to everybody, hoping my review has convinced those who never saw it to give it a try.