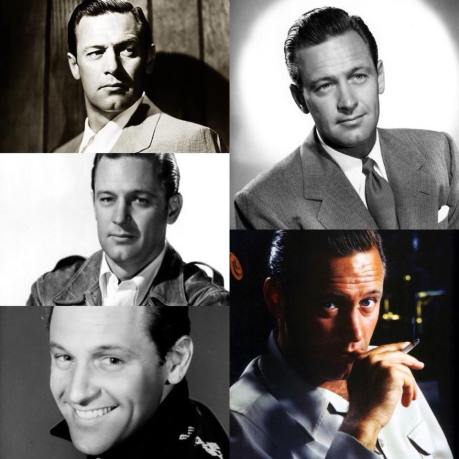 For his centenary that we celebrated yesterday (but that I still continue to celebrate today), I wanted to do something new to hounour the fantastic William Holden! So, I thought I would explore his life and the man he was and the man he is to us through a fun ABC-Book (blog format). So here it is, William Holden from A to Z!

A is for Actor

Hum, just in case you didn’t know he was one! But I don’t think you’ll be reading this post! And what a wonderful actor he was! Three-time Oscar-nominee (including one win), a variety of roles from 1939 to 1981, and always a brilliant on-screen presence! Blogathon worthy for sure! 😉

B is for Billy Wilder

We have to thank this legendary writer-director for the Golden Boy shine by including him in some of his best films! As Keisha from Cinema Cities writes it, Sunset Boulevard is the film that really allowed William to receive high recognition! And to me, this is the best movie ever made. Here’s your ego booster Bill! The actor won an Oscar for Stalag 17, and Sabrina was an iconic collaboration between him and the loveliest actress, Audrey Hepburn. Fedora is a more forgettable one, but I was agreeably surprised by it! 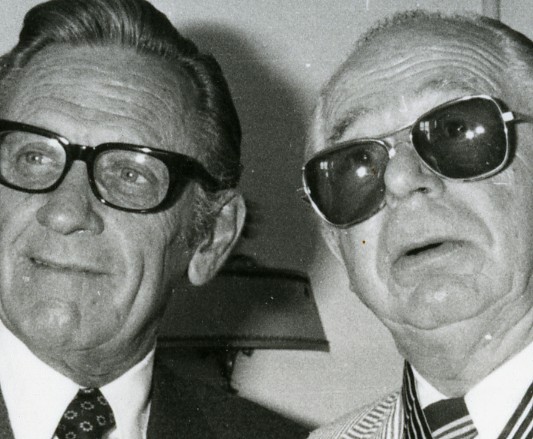 We’ve mentioned Audrey Hepburn. William Holden formed unforgettable duos with his co-actresses: Barbara Stanwyck who believed in him put him on the map with Golden Boy, Grace Kelly made 1954 the Holden-Kelly year, Audrey Hepburn made us dream on several occasions, Nancy Olson seized the actor’s fun side, Gloria Swanson created a clash of generations, Kim Novak made our boy dance, and we could go on and on. 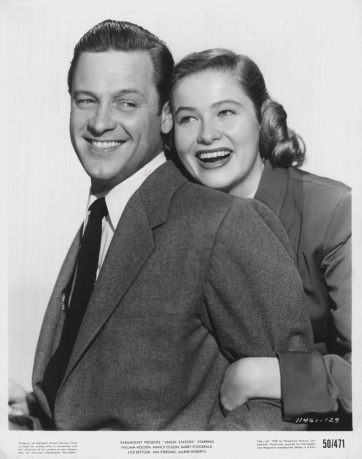 Because interestingly enough, there’s also a character actor named William Holden. He played in late silent films and early talkies. This is a bit like the two Peter Graves (the British and the American one), or Stewart Granger’s real name being James Stewart. Unfortunately I couldn’t find a photo of this other actor.

E is for Eyes

Dark hair and blue eyes is just pretty much the perfect look for me. And Golden Holden had it all! Such kind eyes.

F is for Franklin Beedle Jr.

Yes, because the one who is known today as William Holden was born William Franklin Beedle Jr. It’s a cute name (“Beedle” is very fun to say. Try it), but to have his own name (I mean not his father’s name) was probably a good idea.

G is for Golden Boy

Golden Boy is not only the first film with Bill in a leading role but also the nickname that many of his fans give him. Well, look at the name of this blogathon! And Bill was golden on every level. 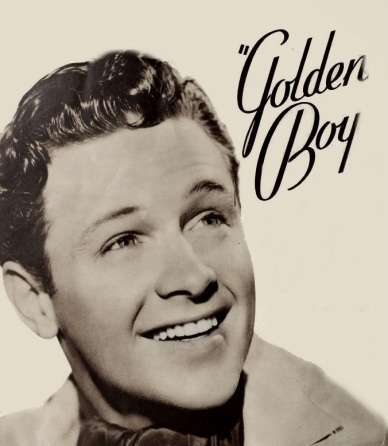 And Holdeners is how we, the William Holden’s fans community, call ourselves. A true Holdener is, well, obsessed with the man! I think we should create the Holdeners’ Commandments. Humm…

I is for Illinois

This is the state where William Beedle (hehe) was born. It was more precisely in O’Fallon. Little Bill lived there until the age of 3 before moving to California with his family. The city organized festivities to celebrate the Centenary! That’s great of them! You can read more about it here. 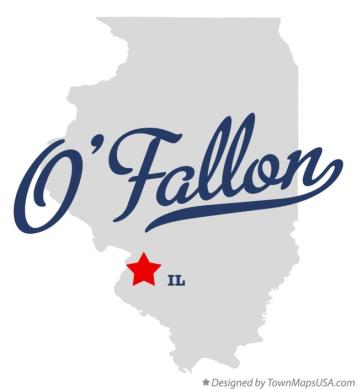 J is for Japan

According to imdb, William Holden had a great interest in Japanese culture. Hum, this makes a point in common between him and my other idol David Bowie!

K is for King

Do I really need to explain?

L is for Let’s Go

The iconic line said by the characters in The Wild Bunch, but more precisely by Pike Bishop (Holden), whenever they decide to leave someplace. I’m, of course, a proud owner of a “Let’s Go” t-shirt and, each time I hear this expression I think of the film!

M is for March

Fredric March was one of the actors that William Holden admired immensely. They starred together in The Bridges At Toko-Ri and Executive Suite. March, just like Holden, was a highly talented figure of the Silver Screen.

N is for Nine

Because nine of William Holden’s films were nominated for Best Picture at the Oscars: Our Town, Born Yesterday, Sunset Boulevard, The Country Girl, Picnic, Love Is a Many-Splendored Thing, The Bridge on the River Kwai, The Towering Inferno, and Network.

O is for Oscar

Yes, because as it was previously mentioned, William won the Oscar for Stalag 17. I think he should have win for Sunset Boulevard as well! His Oscar-nominee performance in Network was brilliant as well. But I feel that three Oscar nominations for this legend is not enough, right? 😉

P is for Professionalism

If there’s one quality that describes him quite well, it’s this one. For example, we know that he sadly had to struggle with alcoholism. As terrible as this is, it actually never showed on screen which proves his quality as a performer. In a Photoplay article written by his then secretary, she explains to the reader how much he did for his job and how involved he was! 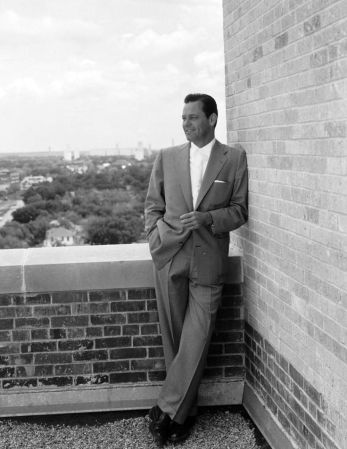 Q is for Question

If you could ask ONE question to Bill, what will it be? Ok, I lacked a bit of inspiration for that letter! You’re welcomed to answer in the comments!

R is for Recognition

When Barbara Stanwyck insisted on Bill to be his partner in Golden Boy she made him a huge favour by  believing in him and putting him on the map of future huge celebrities. Forever thankful, he sent her flowers every year on the anniversary of the first day of the filming! (imdb)

S is for Stephanie Power

Actress Stephanie Power was Bill’s partner from 1972 to his death. She was an important part of his life and I believe his relationship with her is actually more remembered than his actual marriage to Brenda Marshall. They both shared a common interest in animal welfare and, after his death, Stefanie created the William Holden Wildlife Foundation, dedicated to wildlife conservation and environmental studies for local people.

T is for Tribute

That’s what we’re all doing right now by participating in this blogathon! Each year I’m impatient for Bill’s birthday to arrive so I can celebrate him! On Facebook, the group William Holden Tribute Page is, to me, the best community for his fans! People love him and are very friendly to each other! We also have our inside jokes! Yesterday, we synchronized ourselves to take a drink for this special occasion! Cheers! The page William Holden Tribute (yes, the names are similar but don’t get confused!) is also worth a visit for every Holdeners! 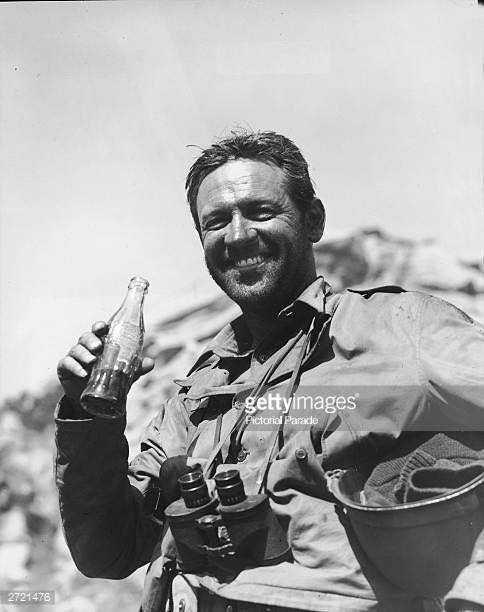 Unique. Oh yes, he was (even if that other actor had the same name). And that’s why we admire him.

V is for versatility

Another great quality that Holden has as an actor! He could be funny in Dear Ruth, serious in Sunset Boulevard, sassy in Stalag 17, tough in The Wild Bunch, romantic in Our Town, etc. This is why it’s a good idea to explore many of his films! 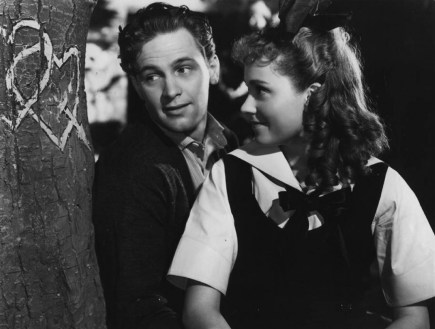 W is for Wildlife Foundation

As I’ve mentioned it before, it was created by Stephanie Powers in memory of Bill’s interest for wildlife conservation. By the way, if you want to donate to the foundation click here.

X is for xoxo

Because I send mentally send many kisses and hugs to Golden Holden for its centenary!

Y is for Yummy

Because hey, he was a great actor for sure but let’s not kid ourselves: he was very yummy-sexy as well. 😉 Ladies and gentlemen get in line! 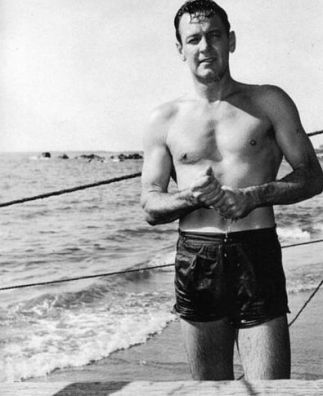 Z is for Zodiac

This one is for me, as I and Holden are both Aries! This signed is considered to be passionate, extravagant, courageous, independent, ambitious. Yeah, I think some of these characteristics could fit our personalities. 😉

I hope you enjoyed this! Of course, many different words could have been used for some of the letters (maybe not for x, y and z where I clearly lacked inspiration lol).

I wrote this post for The 3rd Golden Boy Blogathon: A William Holden Centenary Celebration that I’m hosting with Michaela from Love Letters To Old Hollywood and Emily from The Flapper Dame!

Click on the following links to read the other excellent entries!

And once again, I wish the Golden Boy a very happy heavenly Centenary! He brought magnificence to cinema history! 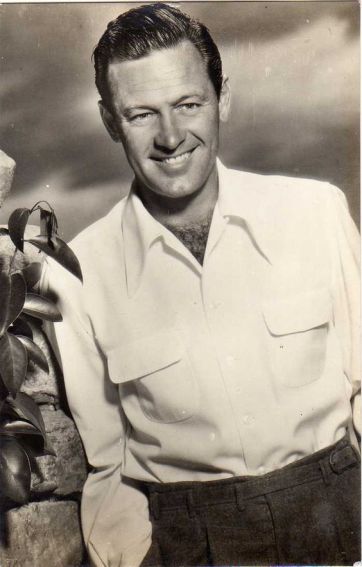 19 thoughts on “William Holden from A to Z”