On August 19, 2019, premiered the film Dans le Coffre [In the Trunk] at Fantasia International film festival, an even mostly taking place in Montreal since its creation in 1996. Directed by Olivier Séguin-Dang and Jacob Marcoux, this short black comedy stars Marjorie Gauvin, Léo Dumas-Chalifour, and David Lévy.

In the trunk was presented for Les Fantasiques Week-Ends: Surviving along with more short films having for thematic the idea of survival, or escaping a danger. This gave place to tragic pictures just like some sharing a glimpse of dark humour as it is the case with In the Trunk.

With a screenplay developed by the two directors, In the Trunk rapidly gets to the heart of the subject. After a fatal accident a girl, Vivianne (Gauvin), and her ex-boyfriend she hasn’t seen in four years, Pascal (Dumas-Chalifour), are reunited by faith to repare the damages caused by Vivianne. Confused images introduced the film and let the spectator know what might have happened but not too many details are given. The importance of the story, however, resides in the consequences of the incident.

Is the content of the trunk such a surprise to the spectator? Not so much but it’s how the film is build up after the discovery and especially how the relationship between Pascal and Vivianne evolves that makes it interesting. 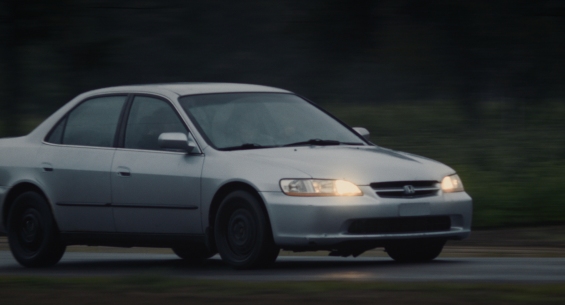 In the Trunk reunited a crew from various backgrounds. The two directors were issued from the Cinema program at the University of Quebec in Montreal (UQÀM), as well as the editor, Rébécca Gagnon-Paolitto. The project began in 2016 and was completed in three years, just in time for the 2019 edition of the festival. They, therefore, worked hard together to make a film that was of great technical quality. The editing by Rébecca Gagnon-Paolitto helps to the building of the story and beautifully supports the cinématography by Olivier Séguin-Dang. The scene that probably pleases the eyes the most is the one shot in a forest in Ontario. People will also notice the attention to detail found in the sound dimension, thanks to the creativity of sound designers Rébecca Gagnon-Poalitto and Jean-Christophe Moreau.

The main actors of the film, Marjorie Gauvin and Léo Dumas-Chalifour, usually do a fine and convincing job although, at some moments, their acting seems a bit forced which creates a certain incoherence for this aspect of the picture. However, those who aren’t too punctilious will mostly remember their bright efforts to interpret convincing characters. They are on the right way to become promising performers. David Lévy, provides good support and obstacle to the story. 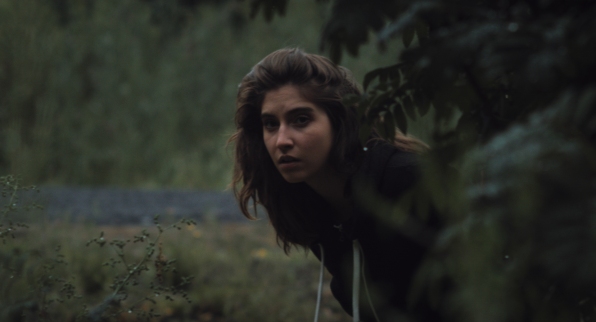 The premiere of In the Trunk was attended by a crowd of pleased spectators and received a lot of reactions from the audience during its screening. If Olivier Séguin-Dang and Jacob Marcoux wanted to make a film that would provoke people’s reaction, it surely worked! Hopefully, In the Trunk will be shown in more festivals to give the chance to more people to see it. In any case, we wish a lot of success to the cast and crew of In the Trunk for their future projects!

Wishing you all a very happy National Classic Movie Day! Coincidentally, I watched Rear Window which is, of course, an ultimate classic! Have you watched any classic today?
Happy heavenly birthday to American actor Henry Fonda who was born on May 16, 1905 in Grand Island, Nebraska.
Happy 68th birthday to Irish actor and activist Pierce Brosnan who was born on May 16, 1953 in Drogheda, Ireland!