This type of content is very popular (!) on YouTube channels, and I thought I would take it on WordPress for a (hopefully) fun article. Hey, I’m not claiming that I’m reinventing the wheel and that nobody has ever done that on their blog before (actually, I’m sure tons of people have) but, in my case, it’s not something I came across so often on other people’s film blogs.

We all have our tastes, what we like and what we don’t like. There’s always THIS film that pretty much everyone loves, but there’s alien who doesn’t (therefore that taste becomes an “unpopular opinion”). And I thought it would be fun to share with you some of my unpopular opinions regarding my taste in films. So, things that I don’t like that everybody likes or things that I like that nobody likes. You get the idea. I use the not very recherché term “thing” because it won’t only concern films but also actors, concepts and all sort of things related to cinema.

I put all this in a very random order (more likely what comes first to my head) because I don’t think it’s something you can rank. Of course, these opinions (tastes) concern only me and if you like something that I don’t like that’s perfectly fine and to your advantage because I think it’s better to love than to hate.

1- I REALLY don’t mind the pairing of Audrey Hepburn and Gary Cooper in Love in the Afternoon (Billy Wilder, 1957).

I feel this is probably THE unpopular opinion par excellence. Most people have admitted to feeling a bit cringy at the idea that Audrey Hepburn (who was then in her twenties) and Gary Cooper (who was then in his fifties) play lovebirds with such a huge age gap in one of Wilder’s most underrated films. While I get why this would make some people uncomfortable, I think I’ve always seen beyond that. I remember, the first time I watch it with my parents, we did observe that there was a considerable age difference between the twos, but it was precisely more and observation rather than a critic. Like, “oh, that’s interesting”. We moved on to watch the film and appreciated it. Simple as that. And to me, this age gap sort of makes sense with the story and the characters Cooper and Hepburn respectively play. I mean, Frank Flanagan is that playboy who has a considerable background of life adventures and experiences. To me, it makes more sense if he’s in his 50s than if he’s in his 20s. Meanwhile, Hepburn plays that young lady who precisely had a pretty quiet life so far and who has a lot ahead of her to discover. Once again, I’m not saying that the story would have made no sense whatsoever if there was a smaller age gap between them, but it would have been a bit less credible unless you agree to make concessions and change a lot of things in the screenplay. 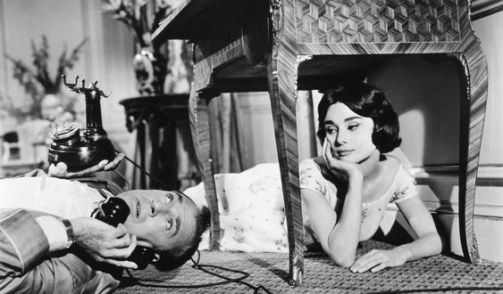 Don’t get me wrong, the original is a brilliant piece of film and, objectively, perhaps a better product overall (and it was quite ahead of its time) but there’s an intensity in the remake one that I quite like, and that is not so present in the original. 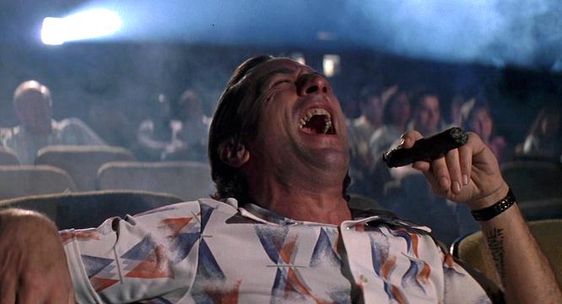 Now, I know some of you will probably be willing to throw rocks at me. Understandable. But the thing is, I’m overall not THAT much a fan of Meryl Streep. I mean, I recognize she has talents, and she’s a very versatile actress, but she’s never been a favourite you know. I chose Sophie’s Choice (ha.ha) as a particular case because people often consider it to be one of her best performances. And I know what I will say will probably sound terrible but her character mostly… annoys me… I know it’s terrible because it’s a character that goes through a lot but yeah… Anyway, I saw this film a long time ago, so maybe if I give it another try, I’ll learn to appreciate Streep’s performance better. 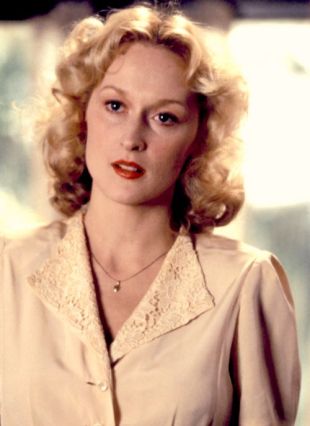 4- I prefer Fred MacMurray’s in comedic roles than dramatic roles.

I’m not sure if that counts as an “unpopular opinion”, but I’ve often heard here and there that dramas like Double Indemnity (Billy Wilder, 1944) allowed MacMurray to develop his skills as an actor and be considered a serious actor and so forth. Na, I don’t like him much in these roles, and because the first films I saw with him were generally dramas, he had never really been a favourite of mine. And then, not a long time ago (last Spring). I watched him in Hands Across the Table (Mitchell Leisen, 1935) and Alice Adams (George Stevens, 1935), and my opinion of him changed for the best. Anyway, I might prefer a comic and smiling Fred MacMurray! So, if you have other great comedies with Fred MacMurray to recommend to me, don’t hesitate to write them in the comments! PS: I’ve seen The Apartment (Billy Wilder, 1960) (which is a dramatic comedy) and I love that film, but I don’t really like MacMurray in it. He’s not funny anyway. And this directly leads me to my next unpopular opinion:

I hesitated to include this one because its nothing new (I mean, it’s not the first time I mention my lack of interest for Double Indemnity) but since we were talking about MacMurray… I sincerely would like to love this film and, honestly, I’ve tried. But it just doesn’t work for me. It’s a shame because I love Billy Wilder and I love films noir. But yeah, Fred MacMurray annoys me, Barbara Stanwyck and her wig annoy me (despite being a favourite of mine. Babs, not the wig), so I guess it doesn’t help. Maybe one day I’ll give it another chance again because I have the DVD at home (I bought it because I was sure that I was going to like it. Mistake). I do love the score by Miklós Rózsa and Edward G. Robinson’s performance tho. Oh, and Quebec Drive: that was cool! 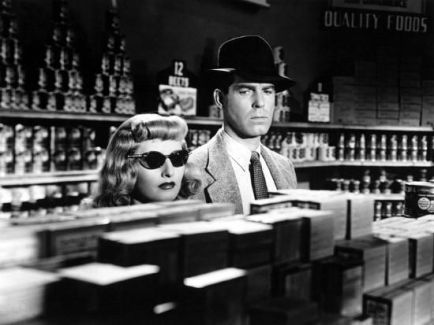 I know a lot of people say that, for example, Grace Kelly was not that much a good actress. Of course, I disagree as she’s my favourite actress (along with Audrey Hepburn and Ingrid Bergman)! And one of the reasons is that she was too “wooden”. She even said it herself about her performance in High Noon (Fred Zinnemann, 1952) (she was quite a modest person). While I do agree that wooden acting lacks a bit of “pep!” at times, sometimes, it works better in some situation as it appears more natural than a more theatrical type of acting. A wooden Gloria Swanson in Sunset Boulevard (Billy Wilder, 1950) would have been weird because Norma Desmond is so larger than life. However, but we don’t need an overly theatrical Grace Kelly as Amy Kane, right? One must take the type of role and the type of story into consideration. And there’s a certain actress whose acting I precisely have difficulty to fully appreciate because she’s often very theatrical when it isn’t necessary. 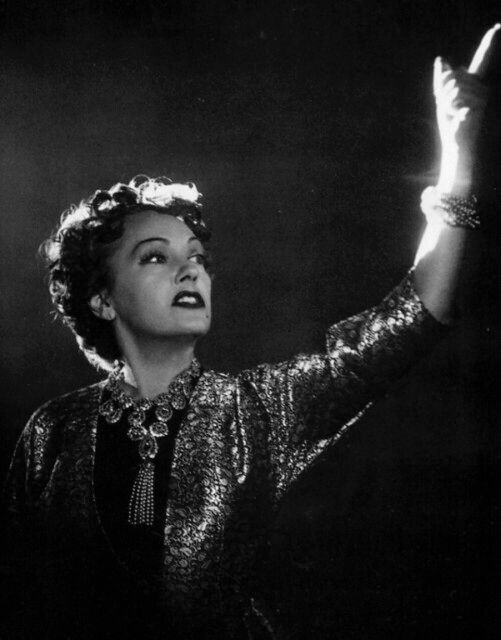 7- Criterion should release a Carry On box set.

I have the feeling that it’s not an idea that has often been suggested, mostly because Carry Ons, in opposition to most films that are part of the Criterion Collection, aren’t considered masterpieces (they are entertainment at its most primitive form). However, in my opinion, they were culturally significant, and I’m sure many other Carry On fans like me would love to see some of these films get the Criterion treatment! Carry on Criterion!

She’s always been a favourite of mine, and I find her very easy to like. And, while I recognize that she was not THE actress who revolutionized acting, I believe she deserves more credits that just being labelled as the cute girl next door. Her performance in A Summer Place (Delmer Daves, 1959) shows a lot of strength. Furthermore, her first role as the youngest Leslie siblings in Until They Sail (Robert Wise, 1957) is one that, in my opinion, is difficult not to like. Her dynamism in this film is contagious, and she shows great chemistry with all her on-screen partners.

9- Eli Wallach could be sexy.

Ok, I know that one sounds a bit random. Most of us will probably think of Eli as “the ugly” in The Good, the Bad and the Ugly (Sergio Leone, 1966) (and, in this case, the sexy one is Clint Eastwood. Well, according to “standard” tastes) and he is not the actor you would label as handsome or sexy. But have you seen him in Baby Doll (Elia Kazan, 1956)? Eli Wallach, in this film, is the living proof that charisma is sexitude. We could apply this concept to a lot of other actors/actresses who weren’t necessarily conventional beauties.

I know a lot of people will choose a pair like Loy-Powell or Hepburn-Tracy if asked this question, but there’s something unique about Charters & Caldicott. Ok, I might be a bit influenced by my love for The Lady Vanishes (Alfred Hitchcock, 1938) and British cinema, but think about it: Charters & Caldicott (first introduced in The Lady Vanishes) became so popular among audiences that they appeared as Charters & Caldicott in three other films that were not sequels to The Lady Vanishes. It was not just Basil Radford and Naunton Wayne; it was Charters and Caldicott, the two chaps obsessed with cricket. Those films were Night Train to Munich (Carol Reed, 1940), Crook’s Tour (John Baxter, 1941) and Millions Like Us (Sidney Gilliat and Frank Launder, 1943). BBC even produced a short Charters & Caldicott TV series in the 80s, but these were (obviously) not embodied by Wayne and Radford anymore. Both character actors also appeared together in other films including the excellent Dead of Night (1945), in the sequence directed by Charles Crichton and, while they play different roles, they very much could have been Charters & Caldicott again. I mean, it would have worked perfectly. Just add a few cricket humour here and there. 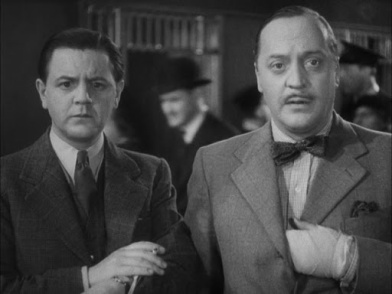 I’ll stop to ten unpopular opinions for now! I’m sure more ideas will come to my mind eventually, but that could be for a second part!

Of course, I’d be curious to know some of YOUR unpopular opinions regarding films, and if you are a blogger yourself, I would love it if you wrote your own article to express these! 🙂