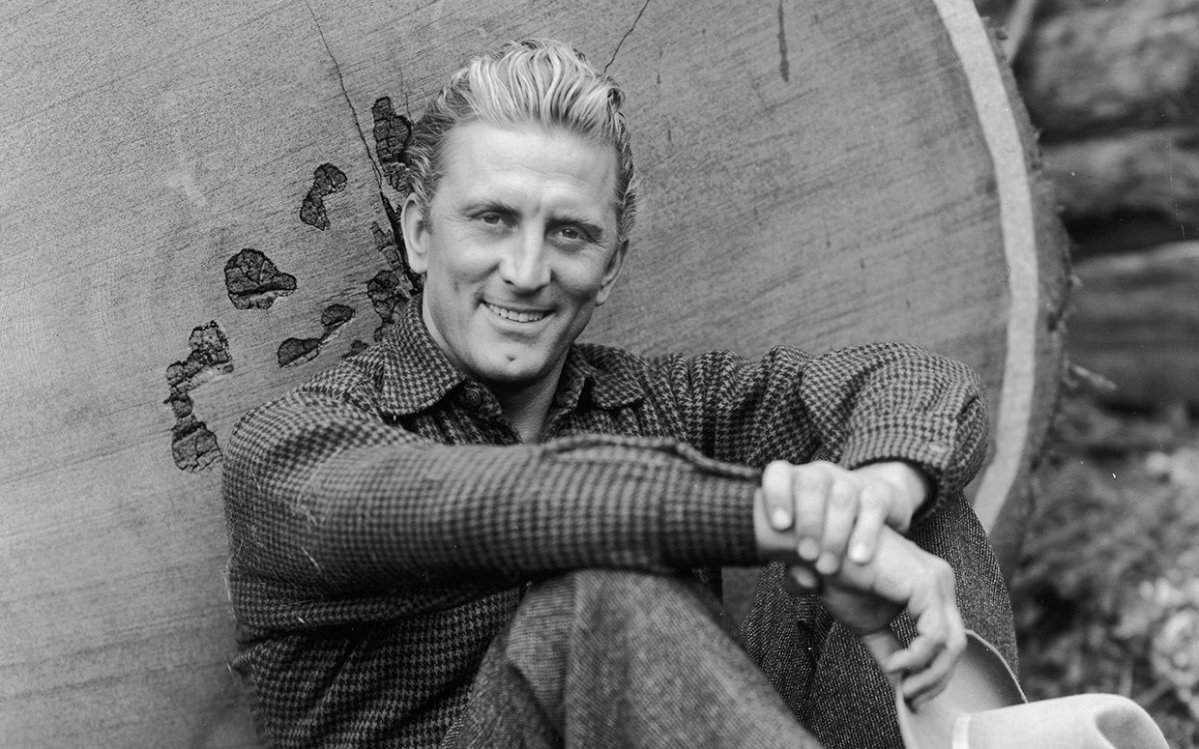 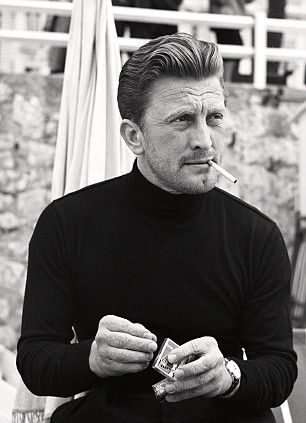 Ready for another book review? Last time I praised what Gene Tierney had to say about her life. Since then, I’ve read Kirk Douglas’s autobiography entitled The Ragman’s Son (a reference to his father’s profession) and just finished it today. I’m glad I finally did. Not that the book was bad, far from it, but it’s a long one and I wasn’t reading it very fast, due to lack of time.

As you may know now, I love reading biographical and autobiographical books to learn more about a person’s life. I’m always careful with my choices, especially when it comes to reading a biography. I’m not a fan of authors who only try to build rumours and sensationalism around the star. To me, a biographer has to be as objective as possible. Of course, with an autobiography, the subject chooses to tell his story the way he wants to, which pleases at least one person.

So, when the time came to decide which book I should read after Gene Tierney’s autobio, my choice stopped on that Kirk Douglas’s autobiography. This was not the first book written by him that I had read so I already knew he was a great storyteller. Indeed, I Am Spartacus! tells the difficult but fascinating production of the film about the slaves’ rebellion, directed by a young Stanley Kubrick and produced by Douglas himself (who also played the title role, Spartacus). So, I knew another book by him wouldn’t be boring and I was mostly right. 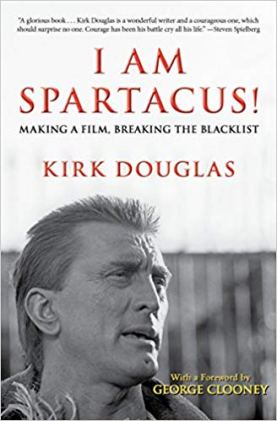 With nearly 500 pages, Douglas has a lot to tell about his life, from his early childhood to his early 70s. He tells us about his life in all its details and honesty (he surely had a lot of adventures- oh dear!), and not only about himself, but about other people of his entourage (family, other movie stars, politicians, etc). His complex relationship with his father takes an important place in the book as well as his path from a poor boy of Amsterdam, NY to a rich movie star living in Beverly Hill. This aspect of Kirk Douglas’s life makes us realise that nothing is impossible and that, with enough will, everyone can become familiar with success. Kirk Douglas also was a philosopher in the way that his writing makes us think of how we perceive life and how we interact with different obstacles. Because no, Kirk Douglas’s life wasn’t only full of success. He’s not afraid to tell us about his failures and flaws and the problems he could have encountered both in his personal life and career.

I think one of the most interesting parts of the book is the whole story around One Flew Over A Cuckoo’s Nest. Because yes, that was a project who was initiated by Kirk Douglas after he bought the rights of the book. The novel was first adapted on-stage with Douglas as McMurphy. Adapting it for the screen was one of his biggest projects but United Artist initially refused to produce it. Some years after, his son, actor Michael Douglas, decided to once-again initiate the project and produce it (with United Artist). It’s a proud father, but a disappointed actor who learned that he wouldn’t be the one playing McMurphy. We usually always associate Jack Nicholson to this film, but Kirk Douglas sort of deserves his place of recognition.

Another one of my favourite parts is when he tells us about his fans. Some were adorable and he loved them but some were just weirdos, which gives place to hilarious stories. I also loved when he told us about his relationship with his other co-stars, his friend Burt Lancaster or John Wayne with whom he had very different political views but with whom he had mutual respect.

The book his not perfect either. Not all he tells interested me and sometimes it could get a bit long but I think that just depends on the interests of each one of us. I also felt that he didn’t glorify his female co-stars as much as he did with his male co-stars. Not that he didn’t recognize their talent but it seems that the compliments were much more modest. I know that Kirk Douglas never had a very good reputation for his behavior toward women. It doesn’t show that much in the book because, after all, he’s the one who chooses how to tell it. But, despite all that, he could be a truly charming person and was able to recognize his imperfections.

At one point, I kind of had doubts about what he was telling us due to an odd thing he wrote when talking about Vivien Leigh and Laurence Olivier. He was talking about a dinner he had with them and the tensions between the two (who eventually got a divorce). He concludes this episode by telling us that Vivien Leigh had died by committing suicide. Hum, I always read that she died from tuberculosis. Maybe that was a metaphor explaining that Vivien Leigh slowly killed herself with too much smoking and suffered from bipolar disorder but,  that was odd. So, I kind of had a suspicious facial expression when I was reading that part of the book. Maybe we could blame the age which, sometimes, plays tricks on memory. What do you think?

We discover, through this book, that Kirk Douglas was far from being just an actor. He was an icon and a very important figure of American history in general. He was far from being a boring person. He was very down to Earth but also fascinating. If you want to know more about his life, I would definitely recommend The Ragman’s Son. No, it’s not perfect but it’s damn good. That’s why I give it a *** 1/2 out of *****.

Next book I’m going to read is How Music Works by David Byrne!