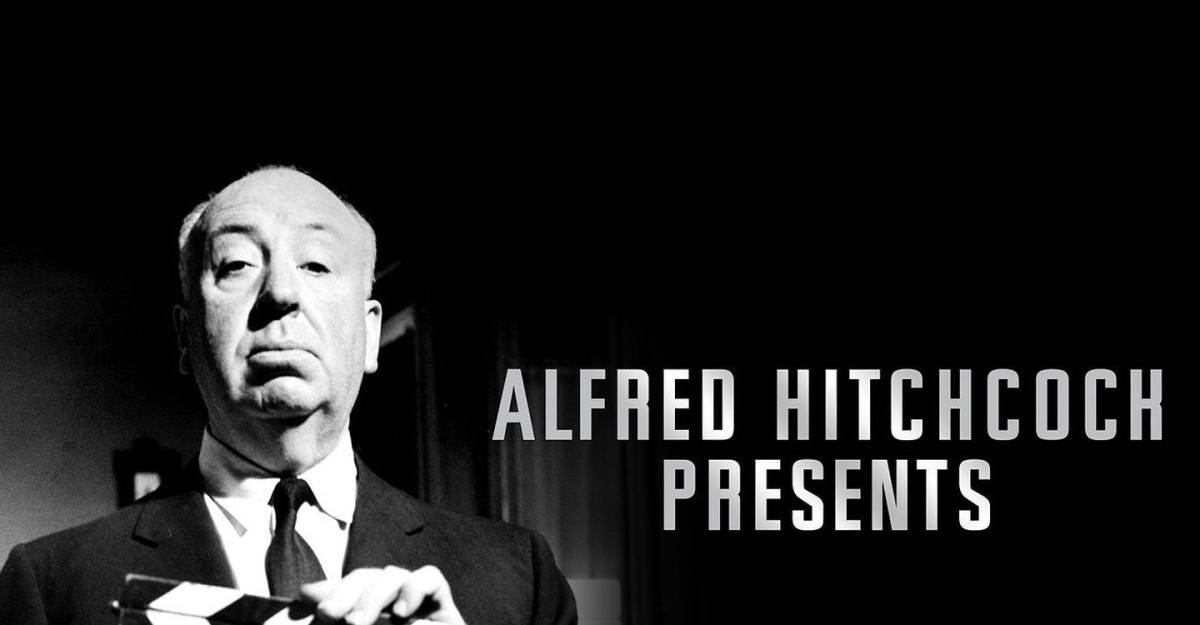 I’m very happy to participate, for the 3rd time, in the Favourite TV Show Episode Blogathon hosted by the great Terence from A Shroud of Thoughts! This time, I’ve decided to go with my favourite Alfred Hitchcock Presents episode: Breakdown (1955). This is the first episode of this tv show I ever saw and it has always been the one I liked the most ever since.

Breakdown was the 7th episode of the series and it was directed by Hitchcock himself. It is important to precise this because, if Alfred Hitchcock produced and introduced each episodes, he didn’t necessarily direct them all. Well, the good thing about this is that Breakdown probably is one of the most Hitchcockian episode of the show and surely among his most suspenseful work.

The story is simple. Businessman William Calley (Joseph Cotten) is in Florida. After talking on the phone with one of his employee who has just been fired, it is revealed to us that he is a cold man without compassion and without pity. Soon after, he takes his car to go back to New York. On his way, he is the victim of road accident as a tractor bumps into his car. The man is in pretty bad condition as he is, in fact, completely paralyzed. He can’t move a single inch of his body. Hoping for someone to come and help him, he isn’t much lucky as the only people in the area are prisoners who have escaped the jail. None of them bother to check if he is still alive, but don’t hesitate to steal his stuff, including his clothes. Eventually, William tries to concentrate and, surprise, is able to move one of his fingers! He decides that this will be his way to have the people’s attention so they can realise that he is not dead. However, each time he tries to, it seems that something prevents him to succeed. There’s too much noise or people just don’t look at it. The situation becomes more and more nightmarish and we all anticipate the worst…

Breakdown is pretty much a bad karma story and, in a way, a story of revenge. Is William Calley sort of punished for having been so cold-hearted toward his poor employee? Well, he surely finds himself in a pretty bad situation. However, if we don’t like him much when he is introduced to us, we eventually feel compassion for him as his accident is not something we would wish to anybody (except maybe to a very bad person or if we have a truly twisted mind), and the distress that is expressed by him is real and transmitted to us in a way that we can actually feel it.

After Shadow of a Doubt (1943) and Under Capricorn (1949), Breakdown was the 3rd collaboration between Alfred Hitchcock and the underrated Joseph Cotten. In this tv episode, the actor’s acting is different from the one in the previously mentioned films. Why? Because, for the majority of the episode, Joseph Cotten can only act with his voice. He is completely immobile you see (well, except for that finger). But, we do hear his thoughts, his thoughts full of desperate hope, and, at one point, full of sadness and anxiety. Joseph Cotten manages to give the right tone of voice so we can understand what he is feeling and how he is planning to solve the situation, even if it seems hopeless. The interesting thing is that, even if most of the story turns around these thoughts, these don’t contain any unnecessary flourishes. The episode, fortunately, , doesn’t fall in the obvious clichés, such as the man starting to think about his wife and children or about his childhood. Ok, maybe he doesn’t have children and a wife, but you get the point. His thoughts are only concentrated around the immediat situation and that’s what’s important. 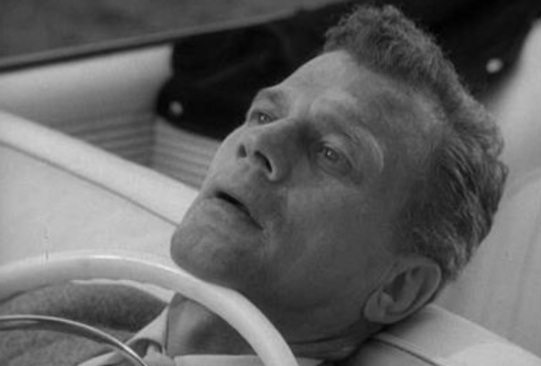 I’m taking a seminar dedicated to Orson Welles and Alfred Hitchcock this year at university and, as our teacher made us observe, Alfred Hitchcock was pretty much a “montage” director. Breakdown support this brilliantly. Indeed, editor Edward W. Williams chose plans that have a connection between each other and there seems to be a reason and  significance for each of them. For example, at one point, William Calley starts to ear something, a tapping sound and he and we wonder what it is. In the next shot, we see his finger taping. So, we understand where the sound comes from. Edward W. Williams won a Primetime Emmy for Best Editing of a Television Film for his brilliant work on this tv episode.

The episode also focuses a lot of the sound dimension, not only because of this tapping finger and the out-loud thoughts but, as I was explaining in the synopsis, most of the obstacles the businessman encounter are created by sound. At one point, the character wonders if he has not become deft because everything around him seems so quiet. However, we can hear the almost quiet sound of birds singing which indicates us that he hasn’t lost the hearing.

With this idea in mind, we can notice that the episode is pretty much constructed in a way that everything is seen and felt from Joseph Cotten’s point of view. This is a brilliant way to involve the spectator in the story, not only by making him watch the episode. But of course, Hitchcock alternates between objective and subjective shots as it is sometimes necessary for us to see things from an external point of view, to understand the situation better, to note the bad physical condition in which the protagonist is. For example, at one point, we hear him think that he feels a pressure on his chest. If the movie would have been shot from subjective points of view only, we wouldn’t have known that this was caused by the wheel pressing on his chest. Not until that prisoner says it out loud anyway. On their side, the subjective shots are used to make us understand how much of the situation the main character can actually witness and see. For example, right after the accident, he has difficulty to see as if he had dust in his eyes. There, the image is sort of blurry. There’s also a highly interesting shot when he is taken to the morgue by two men. What Joseph Cotten sees is one a very low angle shot of one of these men’s chin and nose. This accentuates the nightmarish situation, not only because this view is pretty odd, but also because the man never bothers to lower his head and notice Joseph Cotten’s finger moving.

As you can see, for a only 30-minutes tv show, there is a lot talk about. Well, it’s Hitchcock’s work after all. Not too surprising!

If you have never seen an Alfred Hitchcock Presents episode, this is a good one to start. Well, as I told you it is my favourite one and it certainly made me want to watch more of them! Those are like mini Hitchcock films where the suspense is installed in a very rapid way. I also believe that this tv show is a good source of inspiration for screenwriters who want to establish themselves by first writing short films. Breakdown‘s story was created by Louis Pollock and the teleplay was by Francis Cockrell and Louis Pollock.

Anyway, if you want to watch it,  you can just here:

Hopefully, you will enjoy it as much as I did! I promise you, Hitchcock knows how to keep you on the edge of your seat!

I want to thank Terence for once again hosting this highly entertaining blogathon!

I invite you to read the other entries here.