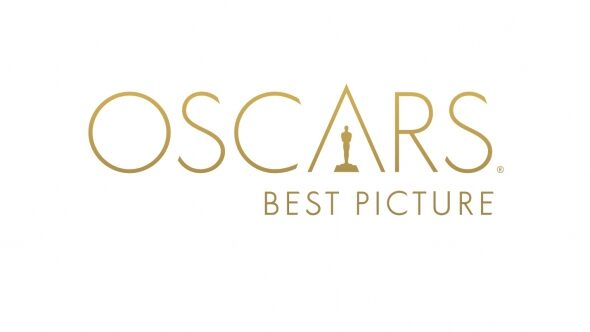 Earlier this week, the Academy of Motion Pictures and Science announced the finalists for the 94th edition of the Academy Awards. Congratulations to all the nominees! For the occasion, I thought it would be fun to make a top list connected to the Oscars. In the past, I’ve presented you a list of my favourite Oscar-winning performances by an actor and a list of my favourite Oscar-winning performances by an actress. I thought it would be time to do the exercise with the Best Pictures winners finally. The thing is… it’s way more complicated than I would have thought. Indeed, I realised that I have seen many of these winning films and that I love many of them (yeah, I’m one of those). So, to narrow that to a top 15 or 20 was almost impossible. I hear you saying I could do a top 50. Yeah, but no. To rank 50 films is, honestly, a challenge. I did it in the past but more for film genres. Now, we’re comparing many films from different genres and different decades. So it’s not easy to rank them. So, instead, I’ve decided to present my favourite Best Picture Winner for each decade. To add a bit of flavour to that, I’ve also included my top 5 Best Picture nominees for each decade (in chronological order). I haven’t included the 1920s since the Oscars only began at the end of that decade (but know that I love The Broadway Melody). The same goes for the 2020s, as we only know the winners of 2020.

There’s no precise purpose to doing that, except to show with you my tastes as I always do with top lists. And, yes, some of my choices are very clichés. But I totally assume that. With that being said, remember that this is a very subjective list only showing my personal tastes. I’m in no way claiming that this or that film is the most deserving Best Picture winner of the decade, only that it’s the one I prefer. There are some masterpieces that I haven’t included for the simple reason that I have not seen ALL the Best Pictures winners and nominees either. And, once again, it’s just a question of tastes. Sometimes, it’s also due to making difficult choices because too many great movies were nominated in a particular decade. Mais je divague.

Without furder ado, here we go

Favourite Best Picture Winner: Gone With the Wind (Victor Fleming, 1939) – I told you this list was going to be clichée.

I have to say that I absolutely LOVE all these five listed films.

Favourite Best Picture Winner: The Best Years of Our Lives (William Wyler, 1946) – In my opinion, that’s one of the most deserving Oscar winning picture.

Favourite Best Picture Winner: All About Eve (Joseph L. Mankiewicz, 1950) – I’ve come to the conclusion recently that this was a perfect film.

Once again, these are all films that I absolutely love. I know I said that All About Eve was a perfect film, but so is Sunset Boulevard and, in my opinion, and objectively speaking, it’s the best film of all times.

Favourite Best Picture Winner: Lawrence of Arabia (David Lean, 1962) – If you ever have the chance to see that film on the big screen, do it. It’s glorious.

There were many great films made in the 60s, so it wasn’t an easy selection, especially since 1967 is my favourite year in films.

Favourite Best Picture Winner: The Godfather (Francis Ford Coppola, 1972) – Not gonna lie to you, I REALLY hesitated between that and One Flew Over the Cuckoo’s Nest (Miloš Forman, 1975).

I know, I know, Apocalypse Now (Francis Ford Coppola, 1979) isn’t there, and I agree with you that it’s a masterpiece and all that. But I would be totally lying if I said that I liked it better than the films listed above. And yes, I love The Towering Inferno. We all have our guilty pleasures, no?

I like how that decade has more “little” films (in all the good senses of the term).

Favourite Best Picture Winner: Forrest Gump (Robert Zemeckis, 1994) – I could have been an intellectual and put like, The Silence of the Lambs here, but Forrest Gump has always had an exceptional place in my heart, and it even used to be my #1 favourite film of all times, so I couldn’t not chose it.

Well, I guess the film industry had a thing for prison movies in the 90s. Don’t forget that Dead Man Walking (Tim Robbins, 1995) was released in the 90s as well.

Favourite Best Picture Winner: Chicago (Rob Marshall, 2002) – Honestly, in the 2000s, I much prefer the nominees to the winners. I chose Chicago without thinking it’s the best film ever made (far from it). However, for a musical, it has a great list of musical numbers, and the performances are excellent. So it deserves some credits.

Definitely an interesting decade for films. Little Miss Sunshine is my 3rd most favourite film of all times. It obviously had to be there.

Favourite Best Picture Winner: 12 Years a Slave (Steve McQueen, 2013) – I saw that film in 2021, and, as I’ve said in that article, it was among my best cinematographic discoveries of the year.

If I could have nominated Moonrise Kingdom (Wes Anderson, 2012) for Best Picture, I would have…

I know I said that I wasn’t going to include 2020s films for obvious reason, but know that Promising Young Woman (Emerald Fennell, 2020) is my favourite nominee of 2020 and also my favourite film of that decade (so far).

That’s it! Of course, I would love to know what are YOUR favourites for each decade. You can tell me in the comments or, if you are a blogger, why not do an article? I’d definitely read it!