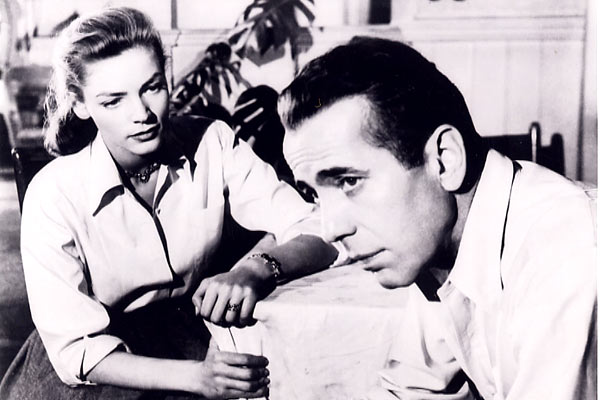 Already three years ago, Crystal from In the Good Old Days of Classic Hollywood hosted a blogathon in honour of Lauren Bacall. Three years later, she is B-A-C-K with a second edition of the event celebrating “The Look”. Even if I still have mixed feelings on my appreciation for Lauren Bacall as an actress, I remember enjoying very much writing about her strong performance in Murder On the Orient Express (Sidney Lumet, 1974). This year, I explore her role and performance in Key Largo (John Huston, 1948). Quite different from Murder, but as much interesting. This blogathon is meant to honour Lauren Bacall’s birthday, which turns out to be today. So, happy heavenly birthday Lauren! 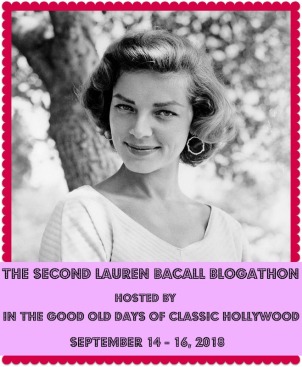 I had already written a bit about this film in my entry on Claire Trevor I wrote for the Marathon Stars Blogathon also hosted by Crystal… and me! But, today, I shall focus mainly on Lauren Bacall as she is the one to be honoured.

Key Largo was the 4th film reuniting the iconic Bogie-Bacall couple. The duo was joined by some other big Hollywood names such as Claire Trevor (Oscar winner for Best Supporting Actress), Edward G. Robinson and Lionel Barrymore. The screenplay was by Richard Brooks who also worked as a director on some important classics such as Blackboard Jungle, Cat On a Hot Thin Roof and Elmer Gantry.

The story takes place in Florida on Key Largo Island but, more precisely, at the Largo Hotel as the majority of the film is a behind closed-door. Humphrey Bogart plays Major Frank McLoud who visits James Temple (Lionel Barrymore), the father of his late friend George (dead on the battlefields) and his widow, Nora Temple (Lauren Bacall). On his arrival, he makes the acquaintance of Gaye Dawn (Claire Trevor), an alcoholic but harmless woman and some disreputable men. These are members of Johnny Rocco (Edward G. Robinson)’s gang, a notorious criminal who chose the hotel as a waiting place before committing an illegal transaction with other bandits. Gaye Dawn is his girlfriend, but he only has fun psychologically torturing her. Frank, James, and Nora are taken hostage, but the situation becomes more and more stressful as a hurricane starts. 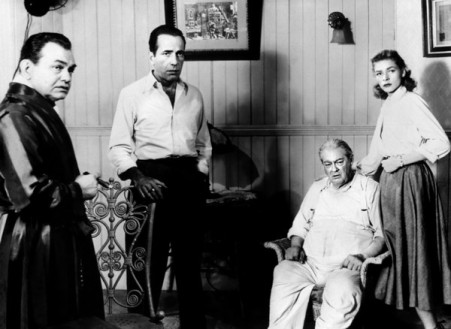 Even if it was only my second viewing of this film, I believe it has one of the most “wow”, breathtaking moments in Hollywood history (for me). And it’s something very simple: the moment where Frank and Nora meet or, more precisely, Lauren Bacall and Humphrey Bogart’s first on-screen seconds together. Oh, the chemistry! They are the definition of the word itself. It takes them about two seconds to convince us that their pairing was perfect. Just the way they immediately look at each other, their complicity. All this was never surpassed by any other duos, not even William Powell and Myrna Loy! Ok, yes they were man and wife, I give you that. Chances were on their sides, but whatevs! They gave us one of the most unforgettable screen moments and in a scene that could have been quite banal. I guess here Lauren and Humphrey were more than acting, they were actually just being themselves. And for the rest of the film, they work wonderfully together. Yes, there are some ups and downs between their characters, but it only makes things realistic and adds a bit of variety to the lot. We don’t want them to be a cheesy pair either! 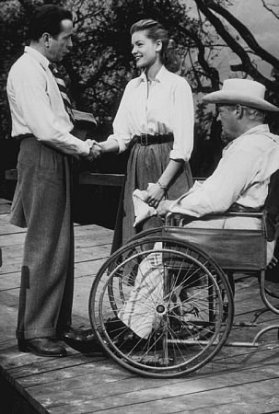 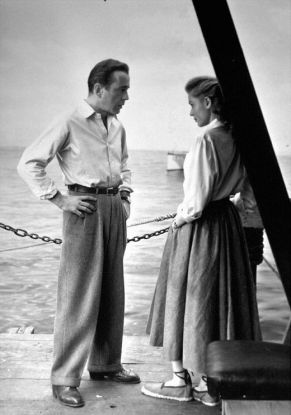 Sadly, this was their last collaboration together. The project of a fifth film was eventually canceled due to Humphrey Bogart’s premature death in 1957.

Lauren Bacall plays her role with a beautiful humility and is natural. She doesn’t try to do any unnecessary acting skills and presents us a well-balanced acting which suits perfectly the type of character she’s playing. I also find her to have a beautiful chemistry with Lionel Barrymore, an exciting rivalry with Eddie G. and a to be strong female support for Claire Trevor’s character. I also like the fact that her character stands for herself and is not afraid to say what she thinks or to respect her own convictions. She’s a quiet but strong woman and this surely makes her a role model. 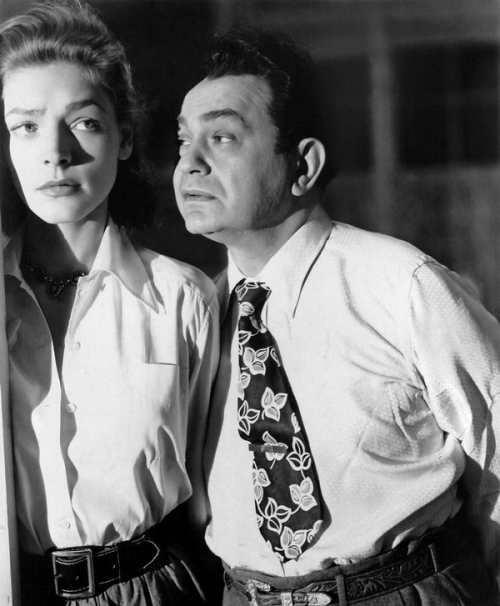 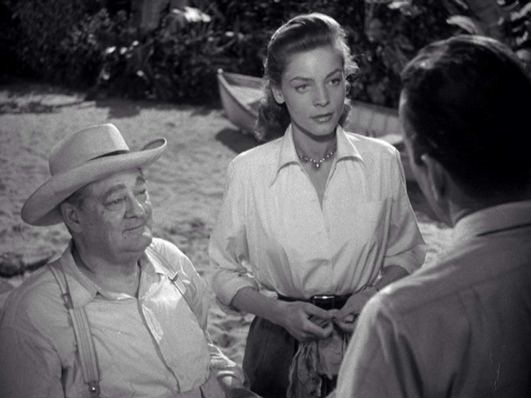 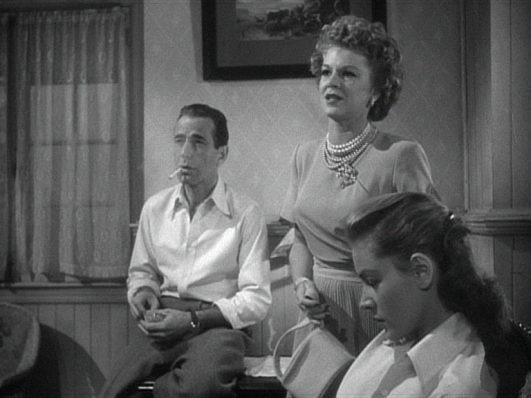 Lauren is capable of tenderness when she lovingly looks at Humphrey Bogart attaching a jolly-boat to the pier (I just love the way she puts her hand in her hair in this scene), of (justified) aggressiveness when she furiously spits on Robinson’s face, of empathy when she sadly looks at poor Claire Trevor singing “Moanin’ Low”, etc. I haven’t seen so many of her films, but so far, I think this is one of her very best performances. 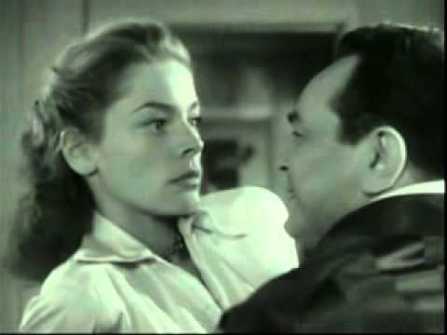 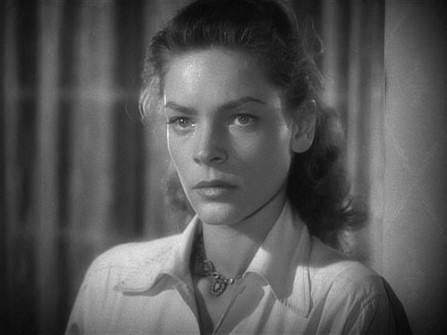 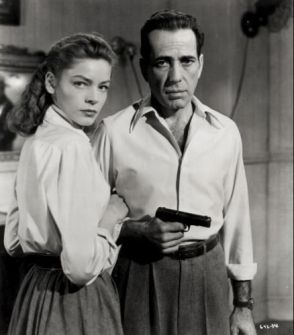 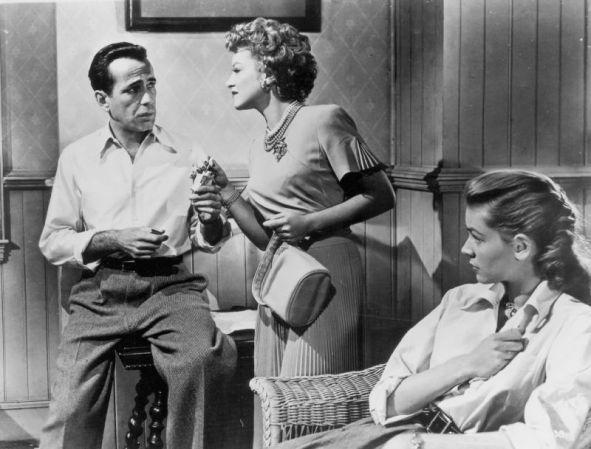 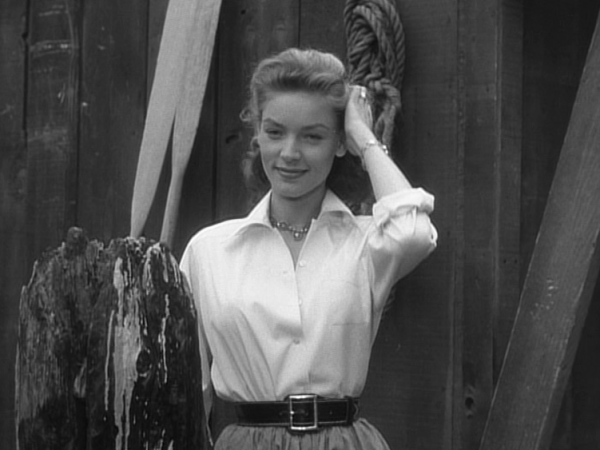 Claire Trevor is the one who brought the honours home with a well-deserved Oscar, but I think at least a nomination for Lauren could have been as well justified. Key Largo was a film that gave the chance to Lauren to prove she was more than just the actress with beautiful eyes and hair to die for. I said earlier in this article that I had mixed feelings concerning Lauren Bacall, or more precisely, her acting. It’s true that in some films, without being bad, she didn’t necessarily impress me that much, but her performance as Nora Temple gets all my admiration. Chapeau, Lauren!

Many thanks to Crystal for once again hosting this blogathon! She is a devoted Lauren Bacall’s fan! 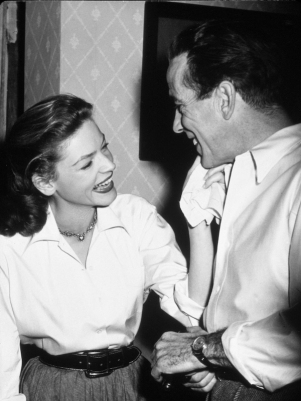 Wishing you all a very happy National Classic Movie Day! Coincidentally, I watched Rear Window which is, of course, an ultimate classic! Have you watched any classic today?
Happy heavenly birthday to American actor Henry Fonda who was born on May 16, 1905 in Grand Island, Nebraska.
Happy 68th birthday to Irish actor and activist Pierce Brosnan who was born on May 16, 1953 in Drogheda, Ireland!