Doris Day. THIS Icon. I’m a fan. She’s not my number one favourite actress, but she certainly is my favourite female singer (along with Madonna). Doris makes me happy. She herself said “I like joy; I want to be joyous; I want to have fun on the set; I want to wear beautiful clothes and look pretty. I want to smile and I want to make people laugh. And that’s all I want. I like it. I like being happy. I want to make others happy.” So, as I’ve said it many times, when you have the blues, Doris Day is the best cure.

You can listen to her songs or watch one of her films. One of the most feel-good and entertaining one is 1948’s Romance on the High Seas directed by Michael Curtiz. Believe me, that’s very different from Casablanca or Mildred Pierce, which proves this director’s capability to direct movies of many different genres. Romance on the High Seas was Doris Day’s first film (she had previously appeared as an extra in Lady Be Good in 1941, but wasn’t credited). What a fun way for her to start!

A lot happens in Romance on the High Seas, but, “briefly”, it goes like this: Elvira Kent (Janis Paige) and Michael Kent (Don DeFore) are married. However, she thinks he cheats on her and vice versa, and that’s the case since the day they got married. Michael previously had to cancel two of their wedding anniversary voyages, pretending this was due to “business”. He also has to cancel the third one. Elvira, who thinks it is only an excuse to see his mistress, has a plan: she’ll make him think that she’ll make the trip alone, but she won’t. She’ll stay in New York to spy on him. How will she do that? It’s simple. In a travel agency, she met Georgia Garrett (Doris Day), a young a sparkling singer who dreams of traveling the world, but can’t as she isn’t very rich. On the same evening, she goes with her uncle Lazlo Lazlo (S.Z. Sakall) to the cabaret where Georgia sings and asks her if she’d like to make the trip to South America, but under her name. Georgia accepts without any hesitations.

Later, Michael tells to Elvira that he will go with her to South America once he’ll be done with his business. Of course, that wasn’t planned and Elvira insists on leaving right now and make the trip alone. Michael is suspicious and decides to hire a private detective, Peter Virgil (Jack Carson) to follow her during the trip to discover if she cheats on him. Inevitably, Peter will make  acquaintance with Georgia Garret (thinking she’s Mrs. Kent) and things will get more and more complicated when he’ll fall in love with her, and when her friend, composer Oscar Farrar (Oscar Levant), will appear on the boat in South America as he also thinks all this is very suspicious.

What an incredible story this is! Yes, a lot happens and, believe me, from the beginning until the end, it’s impossible to be bored. Romance on the High Seas’s first quality is its colours. It’s a very colourful film indeed, narratively and visually. All the film’s composition (the actors, the music, the sets, etc.) makes it complex in a good way. It’s a real carnival. The cinematography was conducted by Elwood Bredell who knew perfectly well how to use the glory of Technicolor. So, once more, how can you be depressed after having been exposed to such a variety of colours!

The entertainment in this film is not only due to its story but also to its musical numbers. This film made us discover Doris Day’s beautiful voice and some great songs. It’s Magic became a hit and was nominated for Best Song at the Oscars. The film itself was nominated for Best Score. Doris Day’s character sings It’s Magic twice in the story, and each performance is unforgettable. The first version is my favourite, as a bunch of emotions is transmitted to us. That’s when we realize Peter has really fallen in love with Georgia. This moment is one of my favourite in the film. It makes your heart beat and we’re so fond of Peter’s sensibility and tenderness to Georgia’s beautiful voice. Just the way he looks at her makes this a pure instant of magic (like the song). I always applaud very fast with screams of joy during that scene (it’s SO CUTE, you know). I have an old soul, but I guess I must have a romantic one too!

The first song sung by Doris in the film is “I’m in Love”. We’ll take a look at it too as it’s such a fun moment. I think it perfectly reveals the character’s joie de vivre. Her dynamism is simply contagious!

I think she’s in love…

I’ll wrap up on Doris’ songs with this last one: “It’s You or No One”. I chose it because it’s the first time in the film she reveals to Peter her singing talent, and also because I love the little boy band that accompanies her. Their vocals are so lovely.

Doris sings most of the songs, but we have the chance to hear Jack Carson singing. He’s not really a singer, but this musical number is presented in a humorous way so it becomes a very appreciated moment in the film.

I’ve talked a lot about the songs in Romance on the High Seas (it’s a musical after all!), but I also have to explore the cast in depth.

This is the film that made me discover Jack Carson. I had previously seen him in some other ones, but never really noticed him before I watched Romances on the High Seas. He is now officially one of my favourite character actors. What I like the most about him is his great chemistry with Doris Day and his facial expressions. Those are just so unforgettable and make me laugh out loud every time. One of the best examples is [spoiler] when he’s on the plane going back to New-York but realizes he has arrived to Rio instead. A very surprised look! [end of spoiler]

Doris Day too makes some great facial expressions in this film. My favourite one is when she sees Oscar arriving on the boat in South America. Of course, she runs away. As I previously mentioned it, that was Doris Day’s first film. She proved she wasn’t only a great singer, but that she had a lot of potential as an actress. She certainly had a contagious smile as Georgia Garrett and a great sense of comedy. As it was her first role, it was hard to say at the time if she could excel in other genres, but we later got the proof she could thank to films like The Man Who Knew Too Much. About her performance in her first film, the magazine Variety said “A charming and talented newcomer… Miss Day is a winner, any way you look at her!” So, she was on the right track!

Romances on the High Seas also made me discover S.Z. Sakall, probably the most hilarious person in this film. As uncle Lazlo Lazlo, he never seems to be there or say things at the right moment, which makes his character even funnier and even more endearing. His mimics, his voices, his lines altogether create a well-composed character. There’s a moment in the film that always makes me burst into laughter and it involves this Hungarian-born character actor. It’s very simple: [spoiler] Michael is in Rio, looking for his wife, but he’s not sure the reception gave him the right room number. The first time he gets here, Georgia is in the room, the second time, it’s Oscar. He finally meets his wife the third time. But he thinks she has cheated on him, so he opens the wardrobe (thinking her lover might be hidden therE) and Oscar comes out of it first, and then Uncle Lazlo! Surprise! “Uncle Lazlo, what are you doing in the wardrobe??!” [end of spoiler]. I love this scene.

Oscar Levant’s presence in the film is very interesting and adds a lot to its musical side. As we know, he wasn’t only an actor, but also a pianist and a composer. Doris got the voice, he got the instrument. As much as Jack Carson and Doris have a great acting chemistry, Oscar and Doris have a great musical one.

Janis Paige and Don DeFore are interesting choices for the role of Mr. and Mrs. Kent. They do the job well, but their performances are not as thrilling as the ones I’ve previously discussed. We also have to notice the presence of Eric Blore as the ship doctor (who is sicker that his patient). It’s a very smile part, but how can we forget him? That voice! 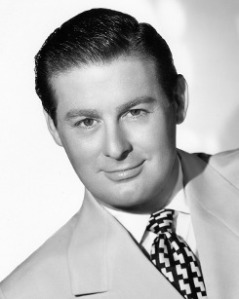 1- Michael Kent: Are you a good detective?

Michael Kent: Where did you do your training?

Michael Kent: Well how are you at the job?

Peter Virgil: We won the war didn’t we?

2- Georgia Garrett: Oscar! How did you get on this boat?

Oscar: I lied about my age.

3- Rio Hotel Clerk: What if there IS blood shed in 314? We’re going to do the whole third floor over anyhow.

4- Peter Virgil: There’s something I just gotta do, I cant help myself.

The more I see this film, the more I love it. I know some people are not too fond of musicals (especially people from MY generation), but I think this one can please anybody. You’re entertained from the beginning until the end and there aren’t too many songs. Romance on the High Seas is simply a great boost. After watching it, I’m so joyful and want to sing and dance like Doris, even if it’s midnight and everybody except me is sleeping in the house. It’s also a film that makes you want to go on a cruise and live an exciting adventure!