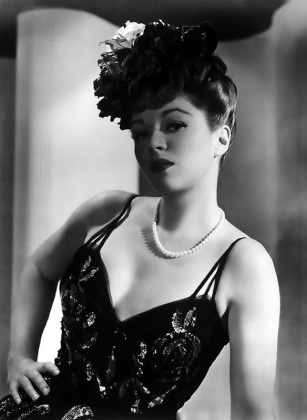 I’m glad to be back with a new actor’s film marathon: a Claire Trevor’s Marathon. The special thing this time, is that I’ve made this marathon for a blogathon: The Marathon Stars Blogathon (hosted by me at The Wonderful World of Cinema and Crystal at In the Good Old Days of Classic Hollywood).

I’ve decided to go with Claire Trevor as she has always been a curiosity to me. I absolutely loved her in Born to Kill and, after having seen this one I had only seen her in William Wyler’s Dead End (in which she has a rather small part, but still was nominated for a Best Supporting Actress Oscar). Anyway, I had to see more of her work, so this blogathon was the best occasion to. We also celebrated her birthday on March 8, so this will be my way to pay a tribute to her.

During my marathon, I’ve watched a total of 7 Claire Trevor’s films. Well, more 7 3/4, considering that I didn’t have time to finish watching Raw Deal, but I’ll try to make a little come back on this one, according to what I’ve seen so far. And will try, of course, to watch the entire film one day!

My feedback will only focus on Claire Trevor’s performance and character for in each film. Hope you’ll enjoy and, if you’re not too familiar with her, I hope it will make you want to watch some of her films! 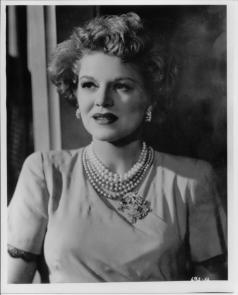 Wasn’t there any best way to start this marathon with what allowed Claire Trevor to win her first (and only…) Oscar? She indeed won the Best Actress in a Supporting role Oscar in 1949 for her brilliant performance in Key Largo. All the actors are great, but we have to admit that she steals the show. The lady she portrays in this film has a strong personality, and this element will often be used for Claire Trevor’s characters. We remember this line when she yells at one of the actors “GIVE HIM A BEER”. Her angry voice tone is very convincing! However, Gaye Dawn has a weaker side due to her alcoholism. We remember this heart breaker scene when she sings “Moaning Low”. She sings completely off key, with no energy. Humphrey Bogart and Lauren Bacall feel sorry for her, and so we do: meaning that her emotions are correctly transmitted to us. Gaye Dawn is first known to be on the wrong sad, but she ends up being on the right one when she decides to help Humphrey Bogart. That and her touching performance makes her the real winner of this film. 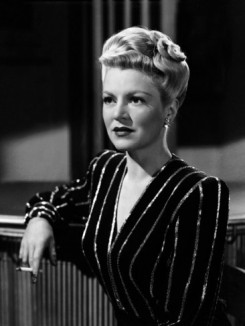 Claire Trevor certainly was a queen of Films Noir and this film, along with Born to Kill, proves it greatly. However, I don’t think her character in this one was as much interesting as Helen Brent in Born to Kill. She plays a femme fatale (who lies about her real identity, adding a part of mystery to her character), a mean and cruel one. Claire Trevor knew how to play women with no pity. Velma Valento certainly was one. She doesn’t have that much a big part in this film, but the scenes where she appears are some of the most powerful as she has sort of a malefic aura around her. 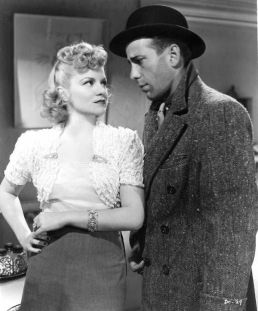 The Amazing Dr. Clitterhouse was to me something very unexpected (in a good way). Just like in Key Largo, Claire Trevor’s co-male stars are Humphrey Bogart and Edward G. Robinson, but, this time, Bogart is the bad one and Robinson is the good one. Note that this film was released ten years before Key Largo. The Claire Trevor of Dr. Clitterhouse is the one we know well: it’s hard to say on which side she is and she uses this mocking tone of voice that is sort of her trademark. She knows how to confront people by looking to them right in the eyes. She wants them to know what she wants. A woman has to shine if she’s alone in a men’s world and Claire Trevor knew perfectly how to. However, she also can be impressed by them and this film proves it. 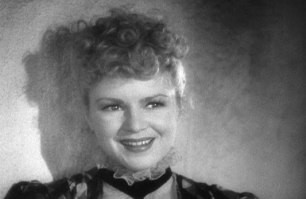 This is a film I wanted to see since a long time (I had seen excerpts in class and thought it looked great), so I certainly had to add it to my marathon. Here, Claire Trevor plays a woman who keeps her distances, who is cagey, but who turns out to have a kind heart. She is simply shy. During her trip in the stagecoach, she learns to appreciate those who travels with her. The more she gets to know them, the more she shows her tender side. Although, she doesn’t appreciate everybody, but when she does, it’s perfectly clear. I think this is one of the perfect film to illustrate Claire Trevor’s ability to change emotions. The Dallas from the beginning of the film is very different from the one at the end. This is not only a Western, but also a road movie. In every film genre, but particularly in this one, there needs to have an evolution of the characters. This was a success for Dallas. I also love the scene when she takes care of Lucy’s (Louise Platt) baby. She seems so sweet and so maternal. 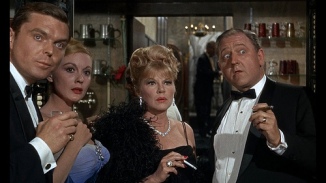 How to Murder Your Wife was one of Claire Trevor’s last films. We had previously seen her in Westerns and Films Noirs, so to see her in a comedy was something completely new for me. Claire Trevor was, of course, older in this film, but still very distinguished. And boy, we happily discover that she could be the perfect Femme Fatale in Films Noir, but also that she certainly knew how to play comedy! Here, Claire Trevor plays a very eccentric woman. She has a supporting role, but, sometimes, those are the best. She is the perfect “annoying wife” and this allows us to see another side of the actress, a wilder one. At this point of her career, Claire Trevor could be considered to be a character actress due to the type of roles that were given to her. Edna is a very cool woman: she’s funny, she dances, she speaks Italian. Claire Trevor still his a strong and brilliant woman in this film, a leader, by defying the misogynist male spirit. 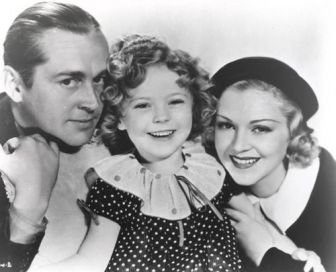 It was very interesting to see one of Claire Trevor’s later films (How to Murder Your Wife) and then one of her earliest (Baby Take a Bow). Her performance in this one is very different. She plays a more “innocent lady”, a sweet mother (how else could it be in a movie starring Shirley Temple?…). She has a more passive role in this film, but her presence remains appreciated. We are fond of her character has she is a truly good mother who cares for her child. Claire Trevor was still quite young when she starred in this comedy. Even if, by playing a “sweet and innocent” woman, she allowed us to see that she could play different types of roles, I have to admit, I prefer when she plays a strong woman who knows what she wants and defy male’s prejudices towards women. 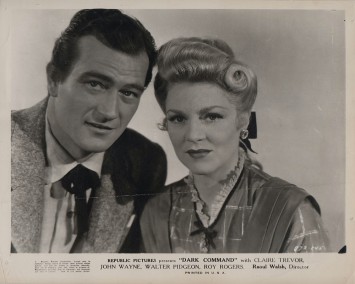 I think, among all the films I saw for my marathon, this one revealed my favourite Claire Trevor. Here, she is a real leader. She has a great energy, she knows what she wants, she gives orders to her brother and her father and they obey. RESPECT. When she smiles, it’s an honest one, not a false one like her femmes fatales’ smiles She’s very elegant.  One more time, she and John Wayne are reunited together in a western (also starring Walter Pidgeon). They have a great chemistry together. She intimidates him at first when he tries to talk to her. She’s not easy to approach! She’s somehow insulted when he asks her to marry him, considering that she barely knows him. She’s not interested. But she ends up appreciating him and sees a great friend in him. She also has a good chemistry with Roy Rodgers, who plays her brother in the film. Mary McCloud is a woman who loves her family and his devoted to it. She worries about her brother, but knows how to remain courageous. She’s more emotional when a misfortune happens to a member of her family or someone she loves. When she’s with Walter Pidgeon, she reveals us a calmer side. Claire Trevor still has her little ” mocking side” in this film, but that’s part of her charm. 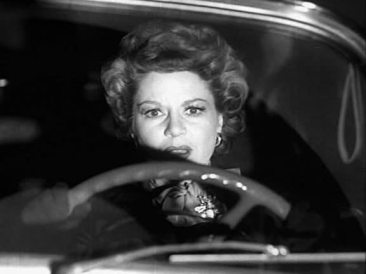 As I said, I didn’t have time to see Raw Deal in its entirety, but I saw enough to give you a little feedback on Claire Trevor’s performance. Pat Cameron is nothing but a woman in love. She cares for her boyfriend and won’t let it down (or will she?) She has a rival: another woman (actress). The confrontations between her and this woman adds a tension to the film. Pat will do everything to help her man. She helps him to escape from jail, which is not a small thing. As she often uses to do, the Claire Trevor of Raw Deal is not afraid to say what she thinks.

Which one did I prefer among these ones? It’s hard to say! I hesitate between Stagecoach and Dark Command (clue: I love westerns), but they all have something special. I think I less appreciated Murder, My Sweet because it confused me at some point, but it remains something interesting to see.

Claire Trevor is certainly is an actress to discover! I’m glad I chose her. So far, I’ve seen 10 1/2 of her films. Born to Kill remains my favourite one of them all, but I hope I’ll see more! I love discovering new actresses, especially underrated ones like Claire Trevor. She was talented, strong and so beautiful!

To read the other entries, I invite you to click on this link:

I hope I’ll be able to make another blogathon soon! It has been a while.

P.S: If you are on Facebook, I invite you to join my new group dedicated to this actress: Claire Trevor: A Golden Actress 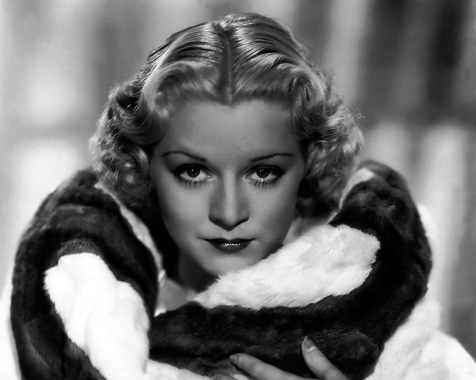