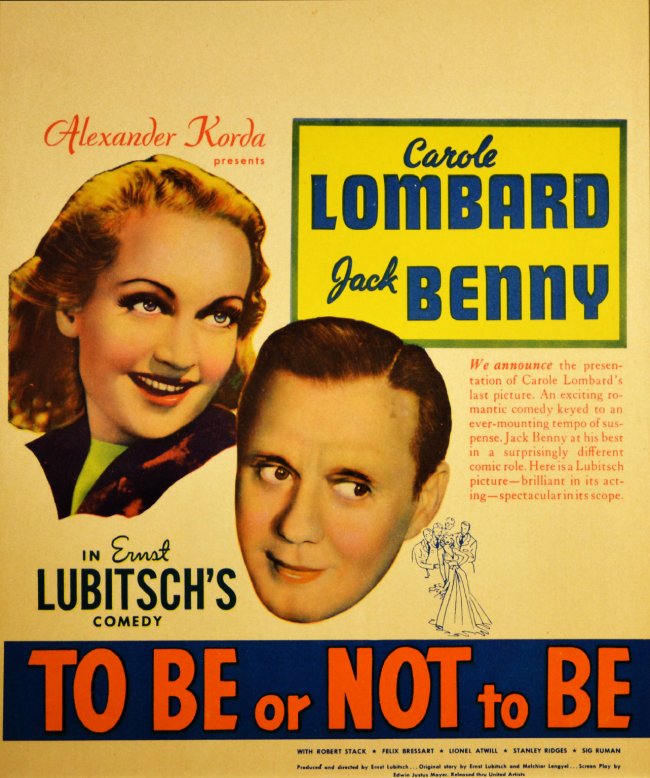 From March 2015 to April 2017, I was writing the monthly Teen Scene column for the website ClassicFlix. My objective was to promote classic films among teenagers and young adults. Due to the establishing of a new version of the website, it’s now more difficult to access to the old version and read the reviews. But, I’m allowed to publish my reviews on my blog 30 days after they had been published on ClassicFlix! So, I decided to do so as you could have an easy access to them. If you are not a teenager, it doesn’t matter! I’m sure you can enjoy them just the same! My seventeenth review was for the 1942’s classic To Be or Not to Be directed by Ernst Lubitsch. Enjoy! 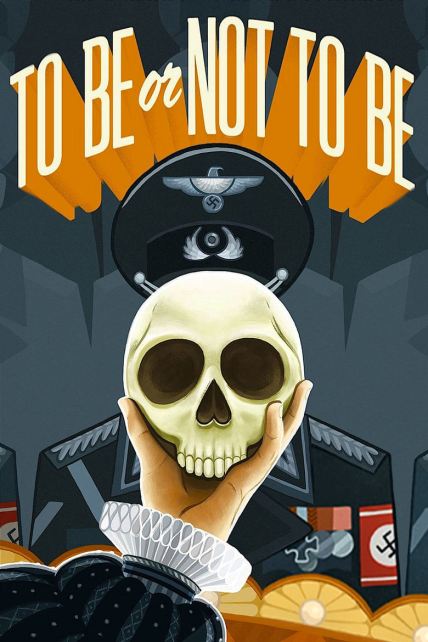 “To be or not to be? That is the question.” We all know the line from Shakespeare’s Hamlet. Since its creation, it has crossed the ages, marking the world of theatre and literature. But, what if we mix Shakespeare, the theatre and WWII? That’s what Ernst Lubitsch did with To Be or Not to Be (1942), one of the most ingenious comedies ever made.

When I watched it for the first time I loved it. It’s a film full of surprises. Once you have seen it, To Be or Not to Be encourages you to see it several more times.

To Be or Not to Be takes place in Poland’s capital of Warsaw in 1939. A group of actors is staging a play about Hitler and the Nazis called Gestapo. Josef (Jack Benny) and Maria (Carole Lombard) Tura are the troupe’s two big stars. However, Hitler’s presence is more and more menacing for the world, so the actors have to cancel the play and perform Shakespeare’s Hamlet instead. 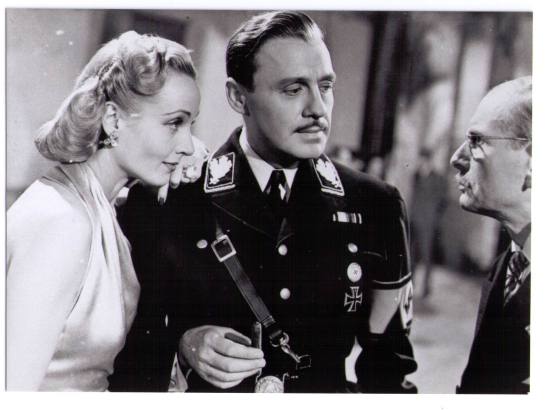 Maria Tura has an admirer whom she accepts to meet in her lodge during the “To Be or Not To Be” speech performed by her husband. The young admirer is Lt. Stanislav Sobinski (Robert Stack), a bomber pilot desperately in love with Maria. When he is back in London, he discovers a spy operation is being organized and is menacing the Polish Underground (the Polish resistance during World War II). Stanislav goes back to Warsaw to try to stop the operation. Maria and the troupe are ready to help him and save Poland by using their acting talents, their SS costumes from Gestapo and Bronski, an actor who physically resembles Hitler’s. 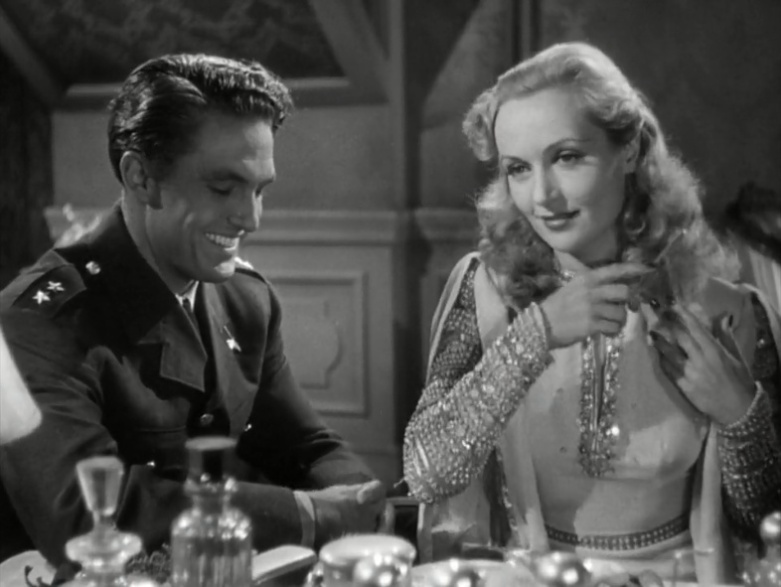 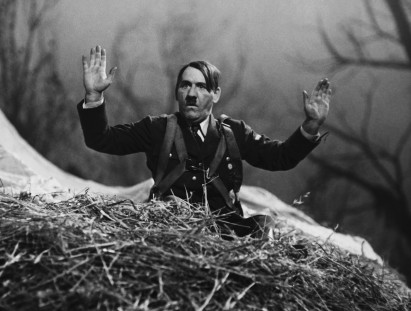 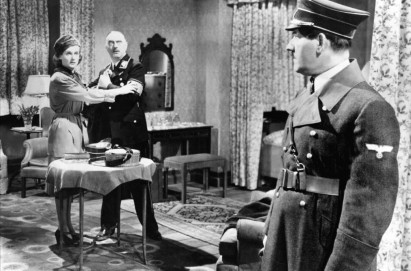 To Be or Not to Be is one of those audacious anti-Nazi movies made right during WWII. Ernst Lubitsch wasn’t afraid to make fun of the German enemy, even despite the film being banned in Germany upon release. In the same vein is Charlie Chaplin’s The Great Dictator.

The first thing about To Be or Not to Be is the fact it is not just a comedy, but an intelligent comedy. The film’s main subject is a serious one: war, and there are sad moments, such as after Warsaw has been bombed by the Germans or when the comedians in the theatre receive the news that war is declared. 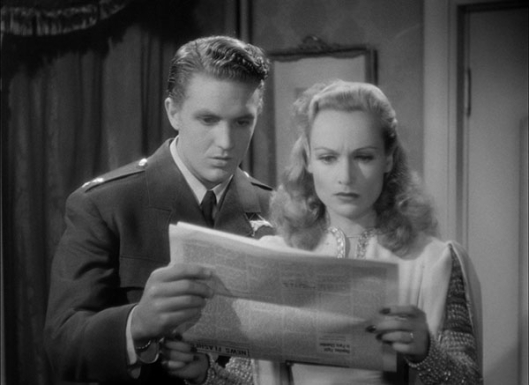 Despite the sadness it’s the way the subject is treated that allows this to be classified as a comedy. The real fun here is the irony of certain scenes and how the characters fool their enemies (and us) by using their theatrical strategy to save Poland. Regardless, this remains a dangerous game as the actors are constantly risking their life. 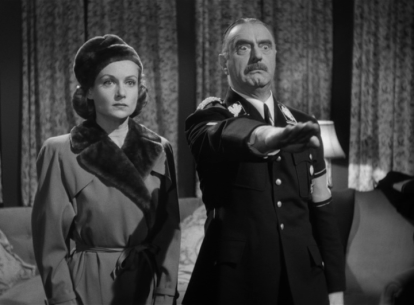 A wonderful script and story are where the origins of this cleverness and our many laughs lie. The action keeps coming with a wonderful tact and many memorable lines that can’t be forgotten. Here are some examples:

1- Greenberg: Mr. Rawitch, what you are I wouldn’t eat.

Rawitch: How dare you call me a ham?!

2- Maria Tura: It’s becoming ridiculous the way you grab attention. Whenever I start to tell a story, you finish it. If I go on a diet, you lose the weight. If I have a cold, you cough. And if we should ever have a baby, I’m not so sure I’d be the mother.

Josef Tura: I’m satisfied to be the father.

3- Lieutenant Stanislav Sobinski: I hope you’ll forgive me if I acted a little clumsy, but this is the first time I ever met an actress.

Maria Tura: Lieutenant, this is the first time I’ve ever met a man who could drop three tons of dynamite in two minutes. Bye!

4- Greenberg: A laugh is nothing to be sneezed at.

5- Bronski [disguised as Hitler]: Heil myself! 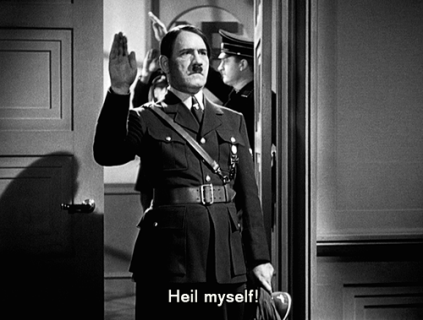 I wonder why this film never received a Best Screenplay Oscar nomination though it was nominated for a Best Music Score Oscar.

While you’re watching To Be or Not to Be, you’ll be mesmerized by Carole Lombard’s performance. I can’t think of a more suitable actress in the role of Maria Tura. Why? Because Carole Lombard had the perfect skills to play comedy. She is hilarious, but remains perfectly elegant at the same time. We can believe she is a woman with an immense sense of humor. Sadly, this was Carol Lombard’s last films as she died in a plane crash just after the shooting. 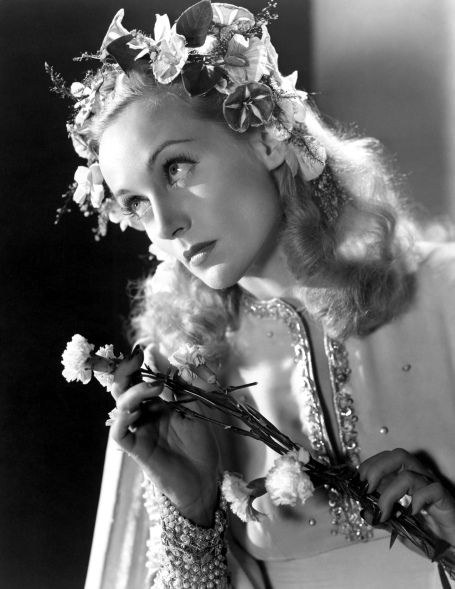 To Be or Not to Be is the results of a professional teamwork. The rest of the cast is unforgettable too. Jack Benny makes a great foil alongside Lombard, and Robert Stack is irresistible as the young pilot. (To Be or Not to Be was one of his first films.) The real tour the force is the supporting cast, especially Felix Bressart as Greenberg and Tom Dugan as Bronski. The film would be nothing without them. 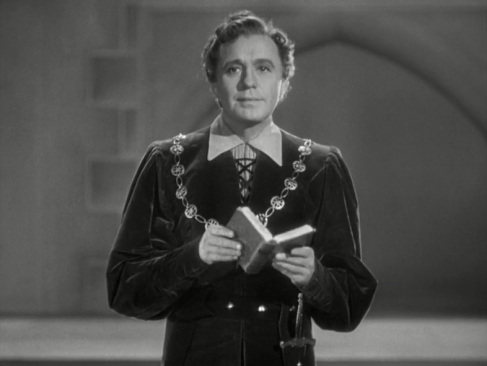 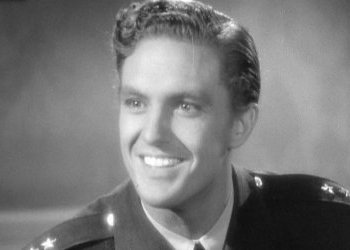 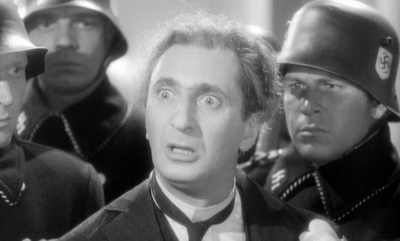 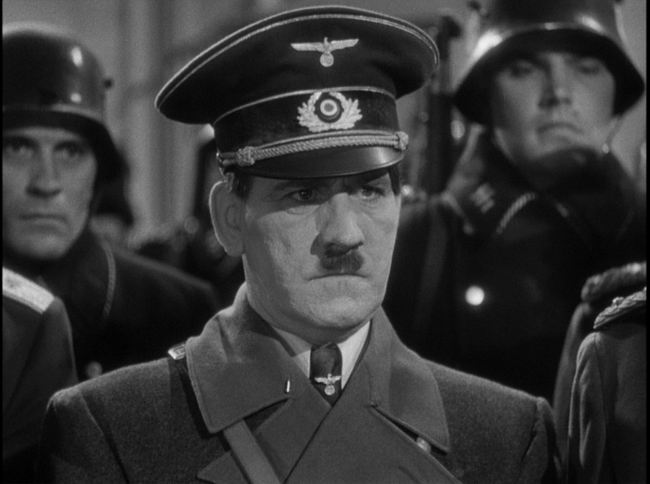 To Be or Not to Be was snubbed by Germany on its release (unsurprising if we refer to the historical context). We’d have to wait for the ’60s to see the film projected in German theatres.

After the release of To Be or Not to Be, Ernst Lubistsch said of the film:

“What I have satirized in this picture are the Nazis and their ridiculous ideology. I have also satirized the attitude of actors who always remain actors, regardless of how dangerous the situation might be, which I believe is a true observation. It can be argued that the tragedy of Poland realistically portrayed in To Be or Not to Be can be merged with satire. I believe it can be and so do the audience which I observed during a screening of To Be or Not to Be; but this is a matter of debate and everyone is entitled to his point of view…” 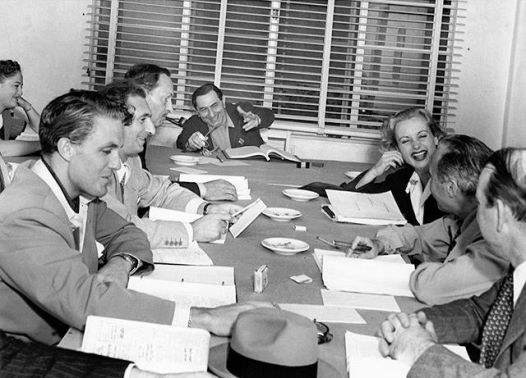 Even if it’s a comedy or a satire of Nazism, To Be Or Not to Be was not meant to make us forget the horrendous events of WWII, but to make us see and understand them in a different point of view.

A remake of the film directed by Alan Johnson and starring Mel Brooks and Anne Bancroft was released in 1983. It didn’t have as much of an impact as the 1942 version.

To see something different, clever and highly entertaining, To Be or Not to Be is a fine film. It will certainly make you realize what you are missing and what the wonderful possibilities during the fine Hollywood golden era were. 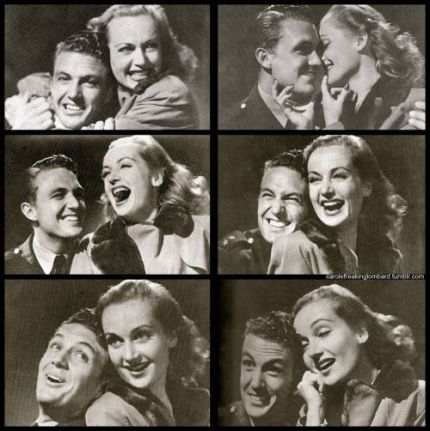 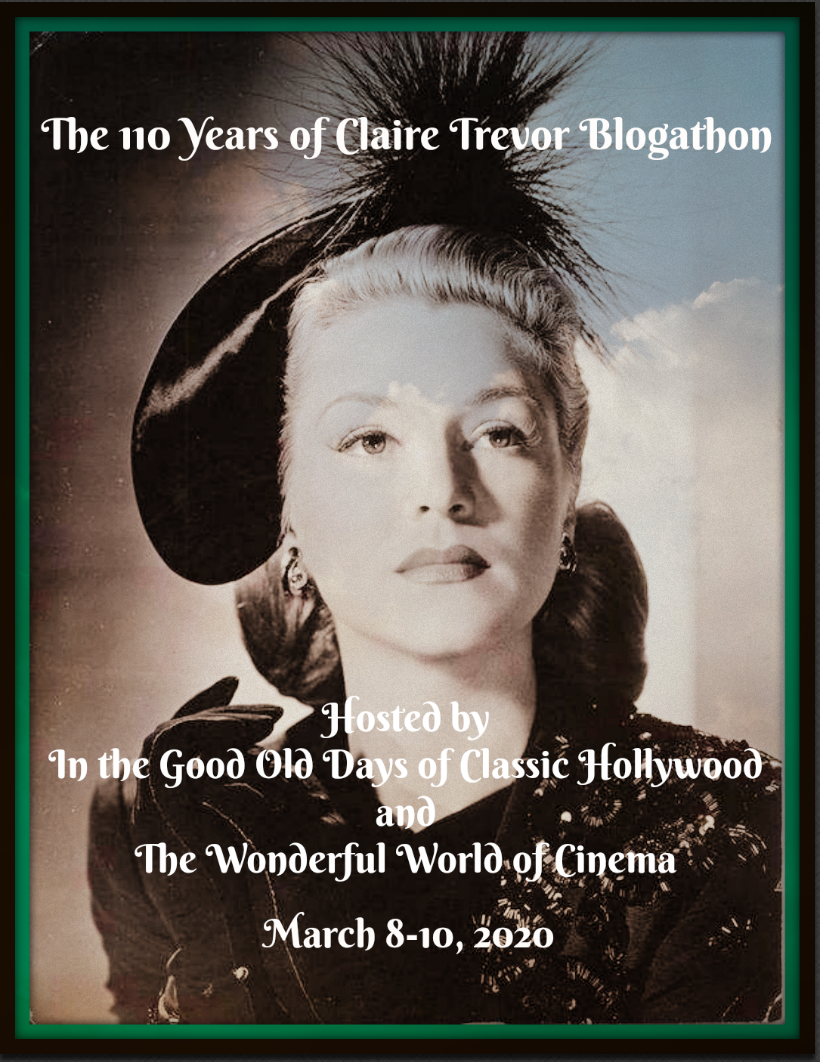