If August was a month full of amazing blogathons, well let me tell you that it’s not over! We are expecting more amazing ones for September, October, and November.

Here is the schedule

From September 14 to September 16, 2015, it will be a pleasure for me to participate to the second blogathon hosted by the wonderful Crystal from In the Good Old Days of Classic Hollywood: The Lauren Bacall Blogathon. Lauren Bacall was born on September 16th, so it will be a great occasion for us to celebrate her. Murder on the Orient Express is the film I shall review for the occasion.

From September 20 to September 23, 2015, we’ll celebrate the physical comedy with the See You in the Fall Blogathon hosted by Movie Movie Blog Blog. I don’t know why, but I love reviewing Buster Keaton’s films. So that’s what I’ll do with One Week. 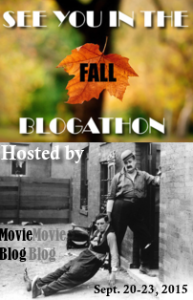 From October 9 to October 11, 2015, we’ll explore the world of remakes with the They Remade What?! Blogathon hosted by Phyllis Loves Classic Movies. It’s her first blogathon, so we are all very excited about this! 🙂 For the occasion, I’ll compare two of my favourite films. I love both the original and the remake: The Philadelphia Story and its musical remake, High Society. You CAN’T say no to a remake starring Grace Kelly!

Then, the next day, on October 12, 2015, (Thanksgiving Day for us, Canadians), I’ll have the pleasure to participate in the Hollywood Hispanic Heritage Blogathon hosted by popular Aurora from Once Upon a Screen. I will revisit a western I haven’t seen since a long time: Vera Cruz and my article will be focusing on the Spanish actress Sara Montiel.

The boring month of November will start in a beautiful way with The Vivien Leigh and Laurence Olivier Blogathon. This is the first blogathon hosted by my friend Joseph from Wolffian Classics Movies Digest. It will take place from November 2 to November 5, 2015. It will be my occasion to review a Stanley Kubrick’s film for the first time: Spartacus.

Then, we’ll have a HUGE 6 days blogathon from November 16 to November 21, 2015: the Criterion Blogathon hosted by Criterion Blues, Speakeasy, and Silver Screenings. It will then be a great pleasure for me to review not only one film, but three, from the Eclipse box set Three Wicked Melodramas. Those are The Man in Grey, The Wicked Lady, and Madonna of the Seven Moons. 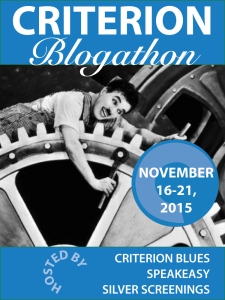 4 thoughts on “Coming Up Blogathons for September, October, and November 2015”