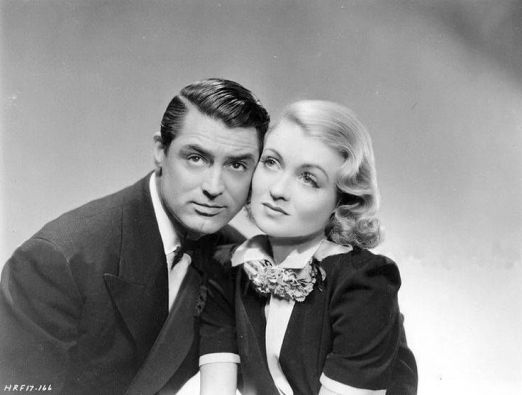 Cary Grant is one of those actors that everybody loves or, at least, likes. There is so much about him that can easily charm us and makes him become a favourite. The man itself once said ” Everybody wants to be Cary Grant. Even I want to be Cary Grant.” He is my 4th favourite actor behind James Stewart, William Holden and Marlon Brando.

Sadly, like most classic movie stars, Cary Grant is no longer with us. He passed away on November 29, 1986, at the age of 82. To honour him on his 30th death anniversary, the wonderful Laura from Phyllis Love Classic Movies has decided to honour him with one amazing blogathon: the Cary Grant Blogathon 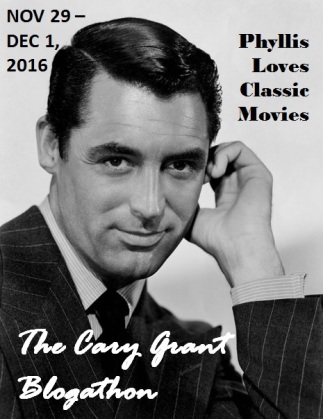 Apart from starring in four Hitchcock movies from 1941 to 1959, Cary appeared in a great deal of memorable comedies such as Bringing Up Baby or Arsenic and Old Lace. The man always had a unique sense of fun, a humour that was proper to him. For the blogathon, it’s one of those comedies I chose: Topper, a 1937’s film directed by Norman Z. McLeod and also starring Constance Bennett, Roland Young, Billie Burk, Eugene Palette, Alan Mowbray and Arthur Lake. 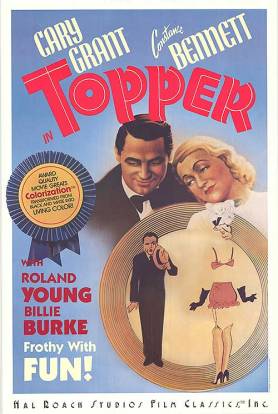 Topper is a ghost story. Ouuuh! But it’s somehow too glamorous to be an Halloween movie. The story goes like this: Marion and George Kerby, a rich and extravagant couple, dies in a car accident. So, they become ghosts. They can turn invisible if they like to. George’s banker,  Cosmo Topper, lives a boring and ordinary life with his wife Clara who constantly watches his diet and takes care of every minute of his schedule. After Marion and George’s death, Cosmo realises that life is too short for such a repetitive routine and wants to have some fun, but, for his wife, it’s out of question. Marion and George have to do a good action to go to heaven, which they, unfortunately, haven’t done in their life as living beings, but irresponsible human beings… So, they decide to help Cosmo Topper to a better life, a funnier and crazier one. 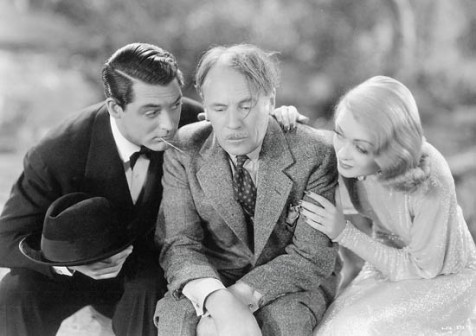 We can’t deny the success that Topper had, as the result in the making of two sequels: Topper Takes a Trip in 1938 and Topper Returns in 1941; a TV-movie remake in 1979; and even a television series in the 50s. Unfortunately, none of these star Cary Grant. 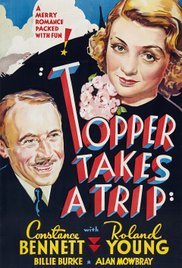 Somehow, before I saw this film for the first time, I thought it involved a rabbit  because the name “Topper” made me think of “Thumper”, the name of the rabbit in Bambi. But anyway, what sort of a name is this, Topper? It doesn’t sound very serious for a banker, no? 😉

Topper is one of those Cary Grant’s movies that, just like Bringing Up Baby makes you want to enter in your television screen and go have some fun with Cary Grant and the others. I mean, Cary Grant was making truly cool and amusing films. 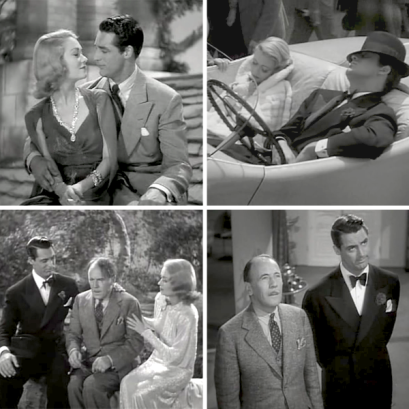 Just look at the beginning of this film: Cary Grant is driving a car with his feet (!), then he goes party all night with his wife Constance Bennett. They dance, they sing and they even go down a slide in a fun restaurant. And to end this beautifully, they sleep in their car, just in front of Topper’s bank, so George won’t be late for the is meeting. All this happens while they are still alive, but as dead people who can turn invisible, the fun can just be better.

Cary Grant singing and driving with his feet in the film’s first scene:

But while Cary does the clown, he always remains very elegant. This might be due to his impeccable and unique accent, or to his chic allure and his right posture.

Cary also makes a wonderful pair with Constance Bennett. As I said before, they form one of the coolest on-screen couple, one you would just like to imitate, minor the car accident! In this film, Constance Bennett sort of makes me think of a mix of Susan Vance (Katharine Hepburn in Bringing Up Baby) and Carole Lombard. She follows the energetic, comic and, yet elegant pattern of those ladies. 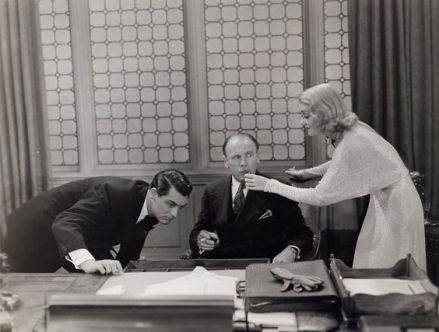 While I was re-watching the film for the blogathon, I really had to try not to laugh too hard, because I was in a public library! But there are some truly hilarious moments. My favourite one is when Topper is drunk and George and Marion carry him, but they are invisible. So he just seems to walk in a very weird way like if he a puppet or something like that.

The film also impresses for its special effects. How do objects could move by themselves in movies from the 30s? Computers didn’t exist back then. The most impressive scene (for the special effects) is when George changes the tire of his car while his invisible. Everything is executed with an impeccable agility and synchronism. 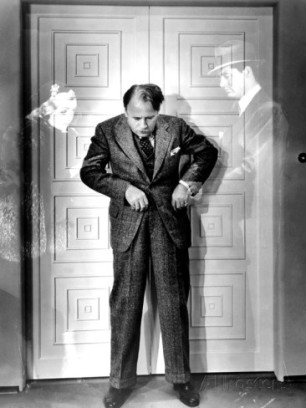 Topper is a fantastic comedy, but also has something of a screwball comedy and, due to that, contains some memorable lines, such has:

(poor Topper- definitely my favourite line of the film)

George Kerby: [smiles and nods politely] Yes, I thought that was pretty – bad.

3- Marion Kerby: I don’t think he’s ever had a drink in his life.

George Kerby: You keep out of this.

5- Mrs. Topper: Wilkins, after all these years, are you trying to be funny?

(Wilkins is the Topper’s butler)

6- Casey: [referring to Topper] Did you notice something funny about that guy?

Elevator Boy: That guy ain’t funny, he ain’t even human!

There would be much more to discuss about Topper and about Cary Grant, but, unfortunately, I have to stop here. In end of term period, the time for blogging is unfortunately too short…

Anyway, I hope this gave you a good preview and convinced you to see the film if you haven’t because it’s a truly delicious comedy.

A big thanks to Laura for hosting this blogathon! It was a great idea!

Don’t forget to check the other entries: 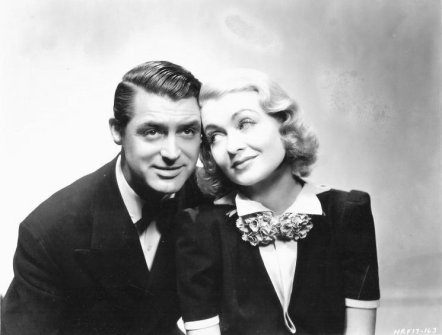