I don’t watch so many “recent” films, but as I work in a movie theatre, I try to take advantage of my free admission privilege and see some when I have the occasion to. Au revoir là-haut (See You Up There), a 2017’s French film directed by Albert Dupontel was one of them and it’s one of the most stunning, touching, fantastic films I’ve ever seen. I was happy to have the chance to see it on the big screen for my first viewing because that’s really how it stands out. Au revoir là-haut is an adaptation of Pierre Lemaître’s novel of the same name published in 2013. Lemaître participated to the writing of the screenplay along with Albert Dupontel (who also plays the main role). The film also features Laurent Lafitte, Argentinian actor Nahuel Pérez Biscayart, Niels Arestrup, Belgian actress Émilie Dequenne (Rosetta), Mélanie Thierry, and child actress Héloïse Balster in her first role.

The reason why I’ll be writing about this film today is that I’m participating in Maddy’s World War One on Film Blogathon that she’s hosting via her brilliant blog Maddy Loves Her Classic Films. Most of the action of Au revoir là-haut doesn’t take place during the war but just after this one. However, it is used as the main background of the story.

It’s a long flashback, a story told by the main character, Albert Maillard (Albert Dupontel). It starts in 1920 in Morroco where this one is being questioned by the French Gendarmerie. He takes us back to November 1918 during the war. He and his young friend Édouard Péricourt (Nahuel Pérez Biscayart), are fighting on the front. Their superior, the terrible Captain Henri d’Aulnay-Pradelle (Laurent Lafitte), a man who scares the French soldiers more than the actual German enemy, orders a senseless assault during which Édouard saves Albert but his then disfigured by a bomb. Armistice is declared a few days after. At the hospital, the poor Édouard suffers both physically and mentally. Albert is there to take care of him. Edouard, however, refuses to return to his rich Parisian family (having a difficult relationship with his father, the “president”) and wants Albert to kill him, but only on paper. This being done, Albert writes to his family telling them how sorry he is about Edouard’s death and how courageous he was on the front. His sister, Madeleine (Émilie Dequenne) asks to see his brother’s tomb and Albert manages to find an ungraved one in the military cemetary and makes her believe that it’s Édouard’s one. 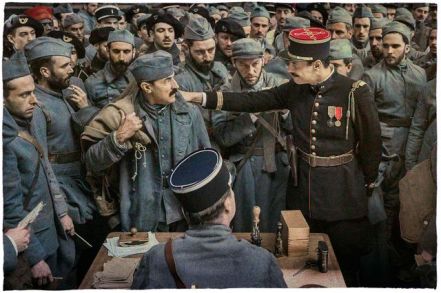 Thankful, Madeleine invites Albert to have dinner with her family. The situation is a bit awkward as Édouard is not really dead (but Albert has to pretend he is). He also meets their maid, Pauline (Mélanie Thierry) with whom he falls in love. But most importantly, Albert discovers that Captain Pradelle has integrated the family and is now married to Madeleine. He also manages to create a fraud to make fortune with the war victims’ corpses. On his side, Édouard now lives with Albert in an old abandoned, but comfortable house. An artist in the soul (he was constantly painting in the trenches), he occupies his time fabricating beautiful masks reflecting his creative and imaginative personality and uses them to hide his broken face. Édouard and Albert also befriend a little girl, Louise (Héloïse Balster), who becomes their accomplice and Édouard’s intepreter. Just like Pradelle, Édouard has found a dishonest way to make money and his pretty proud of him: his plan is to sell monuments for the living a run away with the money.

Au revoir là-haut, first of all, impresses for its visual magnificence. Indeed, the spellbinding cinematography created by Vincent Mathias regroups sights of fantasy, colourfulness, but also darkness which reminds us that the film contains both dramatic and comedic elements. The camera works also impresses and offers us masterfully created shots, and sometimes make us feel that we are ourselves moving with it, which almost gives us the impression to be part of the film. Despite his horrendous background subject, the war, the film is rarely visually repulsive. We never see any graphical shots of Christian’s broken face. So, if you have a sensitive heart, you’ll still be able to watch the film. 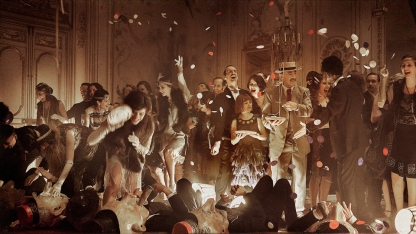 Some of the most visually impressive scenes are the brief ones taking place during the war. It starts with breathtaking aerial shots and then the camera takes us in the trenches and has it gracefully explore these and it reminds us of the  similar camera movement at the beginning of Stanley Kubrick’s Paths of Glory (1957), also a World War One film. Was Albert Dupontel inspired by the American movie director? Maybe!

The masks created by Cécile Kretschmar also highly contribute to the visual beauty of the film,  and really reflect the creativity of the whole picture. These are a delight for our eyes and create an appreciated effect of surprise each time we see a new one. As she revealed in an interview, the masks also reflect Édouard’s feelings, whose face is now demolished. Those took two months of preparation and three of fabrication, for finally twenty days of shooting where Kretschmar presence was constantly mandatory in case something should happen to the masks. 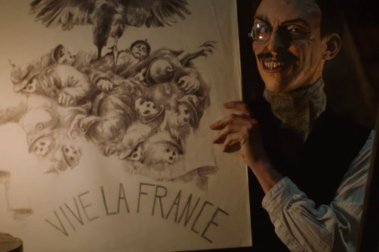 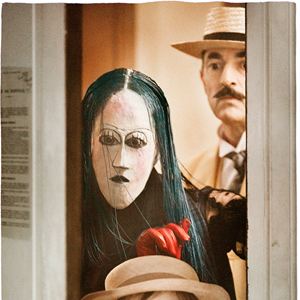 If we look at the World War One background of the film, it is easy to see how it is a good representation of movies depicting the conflict. Yes, not much of the story happens during the actual conflict, but let me explain a few points:

Most of World War One pictures are labeled as being “anti-war” and this one doesn’t make exception to the rule. Indeed, the Great War was one that people didn’t really understand and that, we all wished never happened. The reasons why it happened is due to an accumulation of disagreements which, in the end, didn’t really concern the civilians or the ordinary soldiers fighting on the front. Of course, no one has any desire for any war, but some of them, like the second world war which was overall a fight against fascism, are let’s say more “easy” to understand. This reminds us of a scene in Lewis Milestone’s All Quiet on the Western Front (1930) where the soldiers discuss the fact that each country’s leader should fight against each other using only their fists and this is how the winner of the war would be chosen. Nobody’s unnecessarily dead or hurt. Unfortunately, things don’t really happen this way.

Just like Paths of Glory, Au revoir là-haut reveals us how the real enemy of the soldiers wasn’t necessarily the opposite one they were fighting against, but their actual superiors. Two of the soldiers are killed by Pradelle during the assault (he also tries to kill Albert but fails. We never really know why. He’s probably just a psychopath), and it’s really because of him and his stupid assault if Édouard finds himself disfigured. In Paths of Glory, three soldiers are unfairly condemned to death by their own superiors for. No, they are not killed by the Germans… 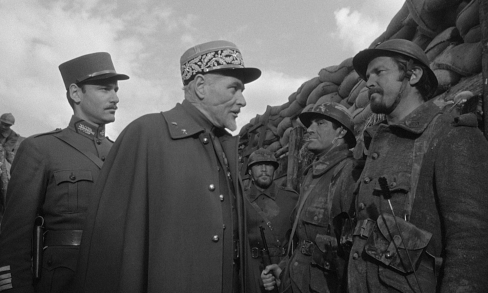 World War One movies also don’t necessarily try to depict the German in an unfavorable light. In See You Up There, we actually never see them (yes, we see their attacks, the explosions, but not their faces). The only German soldier we see is actually one agonising and begging for Pradelle not to kill him (you can guess what he does in the end). In All Quiet on the Western Front, the story actually takes place on the German fronts and the German soldiers are portrayed as normal people whom, just like the French, don’t really understand this terrible war. In Jean Renoir’s La grande illusion (1937), a POW film, the French are the prisoners in the camp but German guards are not portrayed as terrible people.

The faithfulness of the World War One representation also resides in the visual poetry of the film which is something we can find in the previously mentioned films and which provokes an even bigger feeling of sadness in the whole film. If the masks contribute to this touch of poetry in Au revoir là-haut, we can also think of the butterfly scene in All Quiet On the Western Front, the flower scene in La grande illusion, the German girl singing in Paths of Glory, etc. This contributes to the idea that soldiers aren’t killing machines but human beings with feelings and emotions. 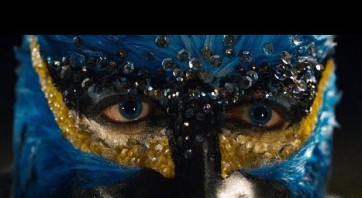 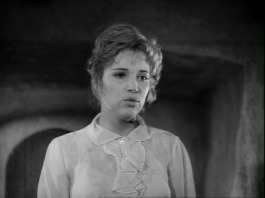 All Quiet on the Western Front

Au revoir là-haut gives us beautiful and discreet performances from the actors. Nobody overacts (the one who could have fallen in this trap is Laurent Lafitte who plays the villain but he manages not to) and the emotions and mannerisms are well balanced and in harmony with the overall film.

One aspect of the film that I also loved was the music which was composed by Christophe Julien. This one is an important part of the film and reflects both his dramatic and happy sides.

Surprisingly, despite being a critical success and winner of several Cesars (the “French Oscars”) as well as being nominated for many others, Au revoir là-haut actually wasn’t a box office success, which I really have difficulty to understand. Why? Just why? If the film might have a few flaws, these really aren’t strong enough not to see a film that is, not only intelligent but also highly entertaining and captivating. So, if you haven’t seen it, don’t wait too long.

Meanwhile, I’ll let you watch the trailer just to give you a first preview of the film.

Many thanks to Maddy for hosting this blogathon on the occasion of Remembrance Day.

Make sure to read the other entries here.