Hello again! Yes, another year will soon be at our door which means… more blogathons of course! You already know that I’ll be honouring Jean Simmons on her 90th birthday at the end of January with Phyllis Loves Her Classic Movies. BUT there’s someone else I’ve been desperate to honour AND invite you to honour him with me: the great and very underrated Arthur Kennedy. Since I’ve written about him for a past edition of the What A Character! Blogathon, he’s become my favourite character actor. I just LOVE. HIM. SO. MUCH. And he deserves more recognition.

But, we like to find good reasons to host a blogathon, more than just “I love this actor”. Ok, it’s a good reason enough, but I have a much better one: next February 17, Arthur Kennedy would have been 105 years old!

Arthur Kennedy is not only remembered for his work in the movie industry, but also for his brilliant (so I’ve read) performances on stage. He was, after all, the winner of a Tony Award for Best Featured Actor in a play for Arthur Miller’s Death of A Salesman. He was also nominated for no less than FIVE Oscars! How come we don’t talk about him more??

Well, now it’s your occasion to change that by participating to this blogathon!

Take a look at these few rules first.

1- Choose a subject and submit it by commenting on this post or via email at virginie.pronovost@gmail.com. Please provide the name of your blog, the URL and your twitter handle if you have one.

2- Once I’ve approved your subject, grab one of these banners and embellish your blog with it to help me promote the event! 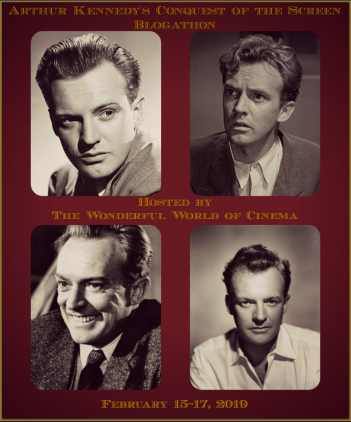 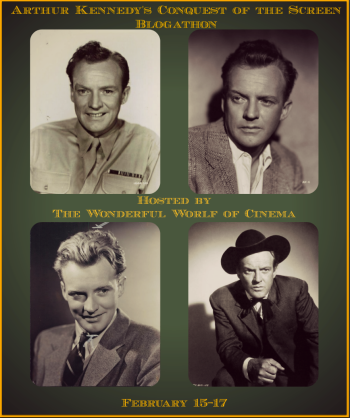 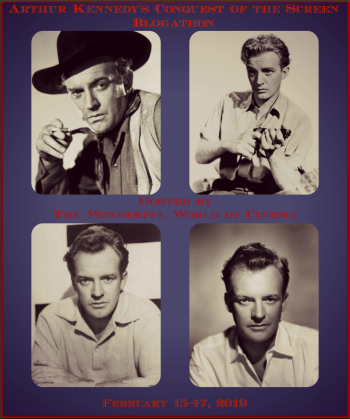 5- If you have any question, don’t hesitate to ask!

-Too Late For Tears

In the Good Old Days of Classic Hollywood – Champion (1949)

Dubbism – Sport Analogies Hidden In Classic Movies : They Died With Their Boots On (1941)

See you in February!

76 thoughts on “Announcing the Arthur Kennedy’s Conquest of the Screen Blogathon!”